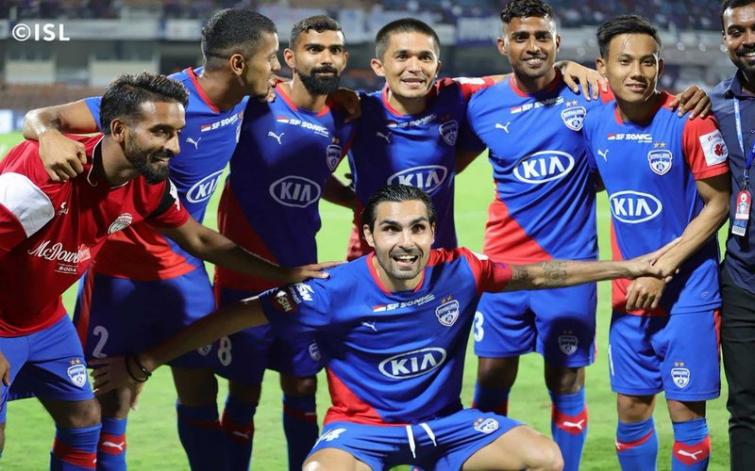 Bengaluru, Mar 12 (UNI): Bengaluru FC stormed into the final of Indian Super League for the second successive year with a 3-0 win over NorthEast United FC in the second leg of the semi-final tie at the Sree Kanteerava Stadium in Bengaluru.

On Monday, with a 1-2 deficit from the first leg of their semi-final encounter to overturn, it took the Blues 72 minutes to break down the Highlanders in the second leg, securing the final berth with a 4-2 aggregate.

Miku, who missed three chances in the first half, scored in the 72-minute to give Bengaluru the crucial 1-0 lead.

In the second half, Dimas Delgado made it 2-0 in the 87th-minute. Indian national football team captain Sunil Chhetri scored the third goal in the injury time (90+2'), making the scoreline 3-0 in favour of the Blues.