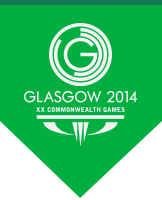 India won 15 gold, 30 silver and 19 bronze medals in the tournament.

On Sunday, Parupalli Kashyap  clinched the gold medal in men's singles event by defeating Derek Wong of Singapore in the final 21-14 11-21 21-19.

The bronze medal was won by India's RV  Gurusaidutt.

England took the bronze in the event.

Rahelu won silver in the men's heavyweight category by picking up a total of 180.5 kg .

The gold went to Nigerian Abdulazeez Ibrahim with a lift of 197 kg.

Indian boxer Vijender Singh settled for the silver medal after he lost his final clash against England's Anthony Fowler in the men's 75 kg category.

In the sporting event, India won four silvers and a bronze from boxing.