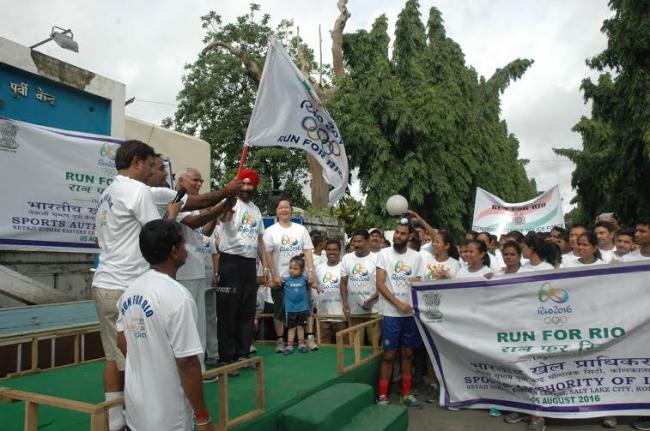 SAI Coach Aparesh Sarkar  informed that  about 2500 persons, including students, SAI trainees, coaches and officials as well as police, CRPF and military personnel based in Kolkata  took part in the run which began from  the main gate of  SAI  centre  and  went to Central Park  in Salt Lake city before returning to where it started.