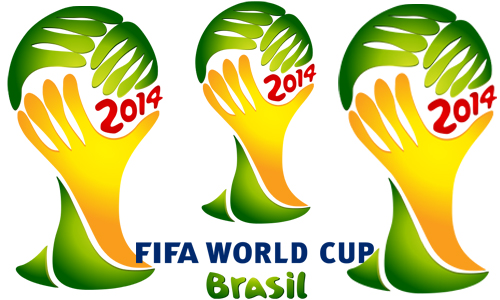 India Blooms News Service | | 23 Jun 2014, 05:40 am
#Belgium Russia, # Belgium World Cup
Rio de Janeiro, June 22 (FIFA.com/IBNS): Belgium ensured a berth in the Round of 16 at the FIFA World Cup with a last-gasp 1-0 victory over Russia in Rio de Janeiro courtesy of another substitute goal, this time from Divock Origi.

With 120 seconds remaining of a Group H encounter that had largely failed to spark in front of an expectant home crowd, the 19-year-old combined with Eden Hazard, who raced to the by-line and pulled back for his younger colleague to thrash into the roof of the net.

Having both risen from the substitutes’ bench to inspire a 2-1 comeback victory over Algeria in their opener, Belgium coach Marc Wilmots welcomed Marouane Fellaini and Dries Mertens into his XI. Thomas Vermaelen took up residence in defence but was later forced off with injury. For his part, Fabio Capello made two changes, keeping faith with goalkeeper Igor Akinfeev.

Belgium’s innate commitment to attack was evident during the opening exchanges at the Maracana, although the subsequent space conceded in defence afforded Victor Fayzulin a chance to clip a long-range drive accurately at goal. Thibaut Courtois punched away safely.

In response, the Red Devils launched a continual siege along the right flank. First, Kevin De Bruyne scampered forward and released Mertens, but the latter’s stroke into the centre was cleared before Romelu Lukaku could pounce. Napoli wide-man Mertens then created two opportunities out of individual clever play but sent each off target.

Akinfeev was made to work ten minutes before half-time, however. Exactly the same approach brought freedom for the effervescent Mertens, although his shot across the face of goal was parried away cleanly and sufficiently by the experienced CSKA Moscow custodian.

For all of the Belgians’ territorial dominance, Capello’s charges should have entered the break ahead; a sweeping delivery from the left by Denis Glushakov found Alexander Kokorin, who somehow contrived to glance a header wide after expertly moving into space in a central position inside the penalty area.

There was a slow pace to proceedings in Rio when the action resumed for the second half, prompting Wilmots to introduce Origi in place of Lukaku, yet the organisation and structure of Russia’s defence thwarted all movement forward. When Hazard collected possession and shimmied around his marker, he merely found another opponent in the way of his blast.

The same fate befell Origi with little over ten minutes remaining before, as in the opening period, Russia wasted an invitation – a timely Andrey Eshchenko run latched onto a smart pass to the flank, but the No22’s hit carried wide. Kevin Mirallas directed a low free-kick onto the left post but Origi struck hard and true in the 88th minute to secure all three points and qualification.