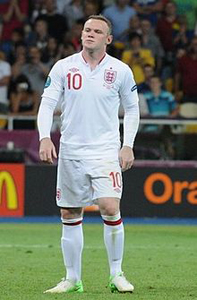 In his Facebook page, Rooney posted: " Absolutely devastated to be out of the World Cup. Going into each game we had great belief in ourselves but unfortunately it hasn't worked out. Sorry to all the fans that travelled and at home that we haven't done better...gutted! "

England lost both their games against Italy and  Uruguay.

Costa Rica's 1-0 victory over Italy ensured England will not progress to the next round of the tournament.

England footballer   Jack Wilshere also apologised to fans for the loss of the national side and  their exit from mega event.

"Gutted doesn't come close to how I am feeling right now, Sorry to all the fans who came out and supported us, and everyone back home!" he tweeted.