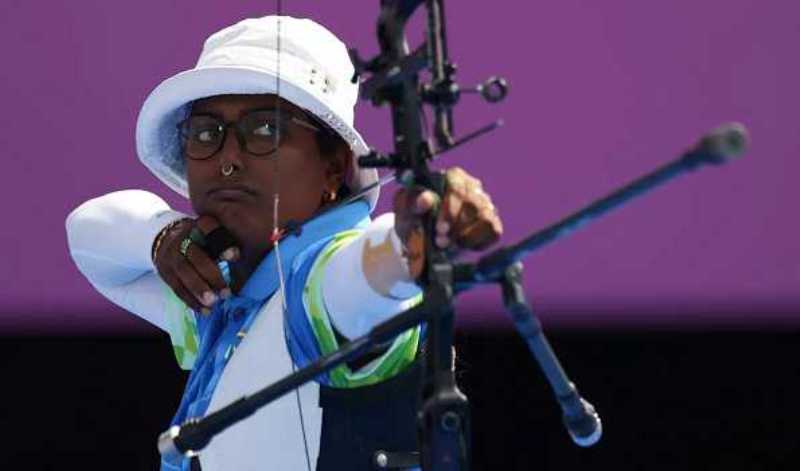 Tokyo/UNI: Indian archery mixed team of Deepika Kumari and Pravin Jadhav lost in the quarter-final match of the Archery Mixed Team event by 6-2 to the Korean pair of An San and Kim Je Deok at the Tokyo Olympics on Saturday.

As the clash began, the top-seeded Koreans won the first set 35-32 while Deepika and Jadhav shot two 8s and a low 7. In the second set, Jadhav shot two perfect 10s in his two attempts but an 8 from Deepika meant the Koreans took the set by one point 38-37 and extended their lead to 4-0.

With a billion hearts praying for the Indian pair, the duo mounted a comeback in the third set after An San and Kim Je Deok failed to score 19 off their last two shots, cutting down Korea's lead to 4-2. However, the Indian archers failed to sustain the momentum and went down in the fourth.

At the end they lost the set 36-33 putting an end to their mixed team campaign in Tokyo.