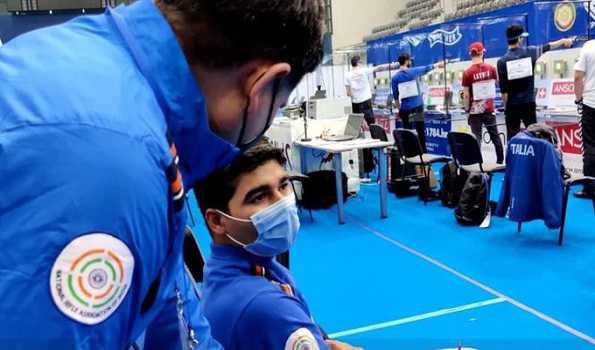 Tokyo/UNI: Indian shooter Saurabh Chaudhary advanced to the final of the men’s 10m air pistol event by topping the qualifications with a stunning performance in the Tokyo Olympics, here on Saturday.

Appearing in his maiden Olympics, Chaudhary shot a total of 586 in his 60 shots to top the qualifications.

However, another Indian shooter Abhishek Verma missed out on a final spot after ending 17th with a total of 575.

Earlier in the day, Indian women shooters Elavenil Valarivan and Apurvi Chandela failed to make the cut for the women’s 10m air rifle finals at the Tokyo Olympics.

World No 1 Elavenil scored 626.5 with her 60 shots in the qualifying round to finish 16th in the 50-woman field while Apurvi ’s score of 621.9, meanwhile, was only enough to secure her the 36th position.

Only the top eight shooters made it to the finals.