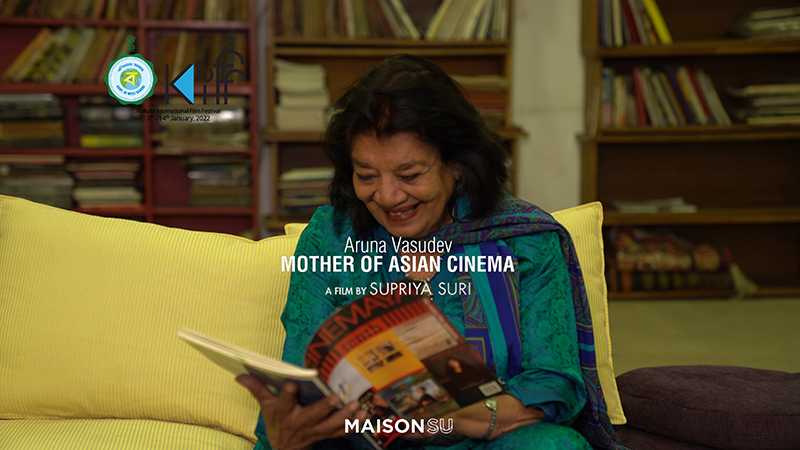 Talking Cinema: The Life and Time of Aruna Vasudev

It is indeed rare to discover a lengthy documentary on an internationally celebrated media person, specializing in Asian Cinema who has travelled across the world. But the young Supriya Suri has made this possible. She has made a long documentary – Aruna Vasudev – The Mother of Asian Cinema- which forms a part of the 27th Kolkata International Film Festival. Suri talks to IBNS-TWF correspondent Shoma A. Chatterji on the why’s and wherefore’s of the film.

What motivated you to make a full-length documentary film on Aruna Vasudev?

I was working on a short fiction film about the dead cinephile culture in Delhi where I had asked Aruna to act as herself. While shooting the fictional scene, reality kicked in that a legend stands before me yet to be documented. I myself have been an avid film viewer, cinephile and programmer who have organized many film festivals in India, so I took this up as my responsibility to make a documentary on an Indian who has done so much for Asian cinema to put it on the global map.

Let us hear a bit more about Aruna Vasudev.

Aruna has three major organizations -Cinemaya, Netpac and Cinefan Film Festival, with a long history. I had to do a lot of research about each organization and its journey. Aruna has great archival material for all her works, so I immediately began my research with her archives.  This documentary traces her roots from her humble origins in an undivided British India, to corridors of cinematic universe. 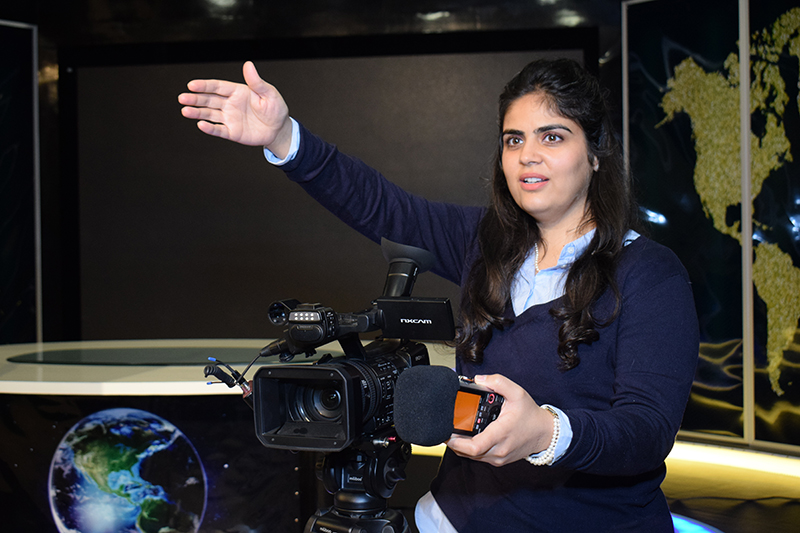 What did you wish to bring out about her in your film?

The film brings together her journey as a film critic, cinema activist and an impresario, weaving a tapestry that connects the dots that make the large canvas that we know as Asian Cinema Renaissance. This film explores her dynamism painted through a narrative unfolding lives of critics, filmmakers, curators and programmers - who are hidden maestros that largely make the cinephilia culture and by large remain unsung in histories of Cinema.

What kind of preparation did you need before you approached her with the proposal?

I had to go through several issues of Cinemaya, records of Cinefan Film Festival, documented conversations of Netpac, pictures, videos etc. which took about one year.  This included research interviews as Aruna shares such a vast network, it was impossible to include everyone in the film, but her friends in the industry were kind to be a part of that research.

Your subject must have made you a bit cautious about filming her. If this is right, how did you break the barrier of age, time, achievements, etc?

I think preparation and knowing your subject thoroughly can give you a better sense of filming irrespective of who you are recording. On the sets there was Aruna but also people like Stanley Kwan, Adoor Gopalakrishnan, Mohsen Makhmalbaf who I had to interview, set frames, ask questions to filmmakers who know their camera very well. While you do think about veterans judging you perhaps over the questions, narratives and formal ideas knowing cinema, its history and proper research helped me break those barriers and put me at ease faster than I had imagined. 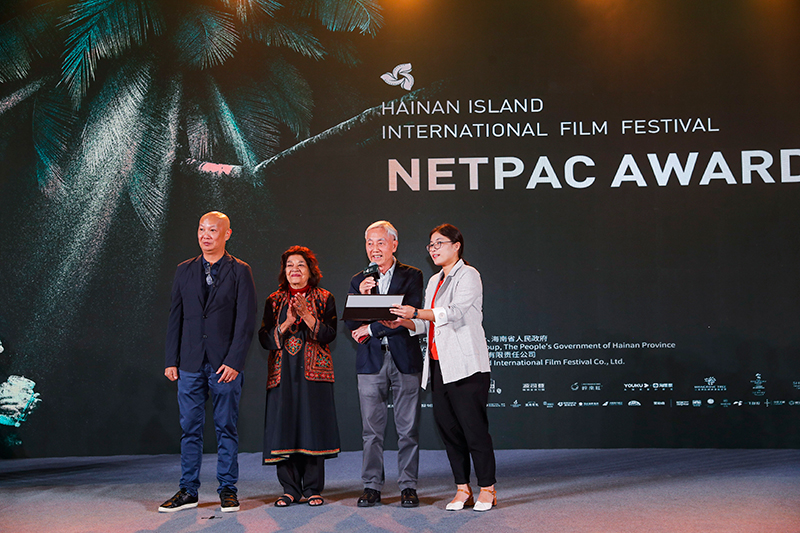 What more did you learn about Aruna?

I knew Aruna as a film festival and Netpac founder before I actually met her, but I never had an in-depth insight into what she had done with the organizations and Cinemaya as a magazine. Once I started accessing her archived materials, I realized she had done so much more for cinema. Going through the issues of Cinemaya meant reading about the history of many new waves that occured - Iranian New Wave, Taiwan New Wave, Hong Kong Cinema, etc. As they were happening, the only journal -Cinemaya- was recording it through interviews, reviews, essays. Many other interesting facts were discovered during the research, but talking to Aruna one realized how she had already forgotten such important pieces of the history which made it extremely challenging for me to have a factual career timeline and it meant that I had to find others to fill in the memory gaps which was quite a challenge.

How do you look back on your relationship with her as it evolved over the making of the film? Please elaborate.

The best thing about Aruna is that she makes friends with everyone irrespective of age. Naturally, after spending so much time together we became friends and even now, spend time as often as we can. She supports my film projects and is always giving me ideas and feedback for the same. She likes to watch and discover contemporary films and asks me every now and then to introduce her to them.

Why the Title – Aruna Vasudev – Mother of Asian Cinema?

It is taken from a French newspaper who gave her the title.