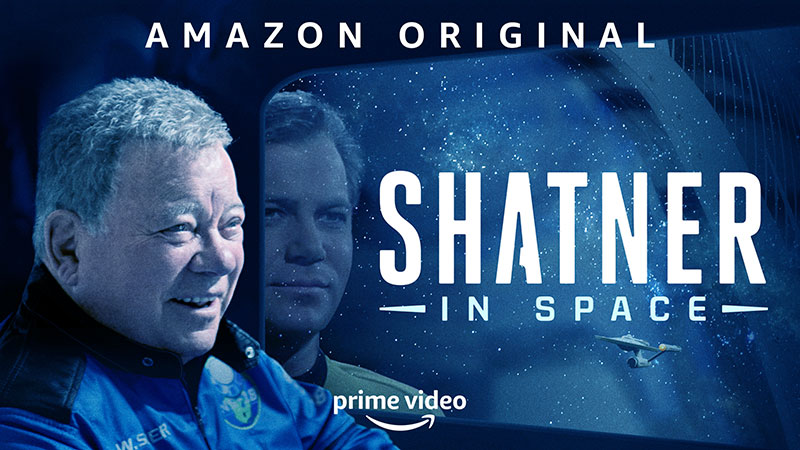 Shatner in Space to premiere on Prime Video on Dec 15

Prime Video and William Shatner have announced that 'Shatner in Space', a one-hour special documenting William Shatner’s Life-Changing Flight to Space, will premiere on Prime Video on Dec 15 in the U.S., Canada, UK, Australia, and New Zealand, with additional territories launching in early 2022.

The announcement was first made by Shatner during a virtual panel for CCXP Worlds, the virtual version of the world’s largest fan convention in São Paulo, Brazil.

The special details the events before, during, and after Shatner’s life-changing flight—which made him the oldest person to ever travel to the cosmos—and the growing friendship between the Star Trek icon and Blue Origin founder Jeff Bezos, whose dreams of space travel, like many, were inspired by the original Star Trek series.

“My time in space was the most profound experience I could have ever imagined,” said Shatner.

“This special documenting my journey gives a dramatic view of that experience, and my hope is that it inspires the world to see we must go to space to save Earth.”