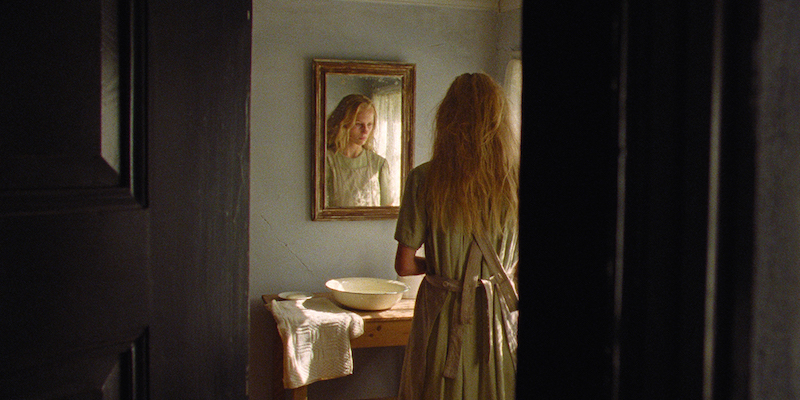 TIFF 2021 screens 'As In Heaven' dealing with ignorance and misinformation

Toronto/IBNS: Toronto International Film Festival 2021 (TIFF 2021) is screening 'As In Heaven', a powerful film set in the 19th century, addressing issues like religious dogma, superstitions and unscientific beliefs that are still being dealt with by humanity.

Directed by Tea Lindeburg, the opening of the film presents Lise, the teenage daughter of an established farming family in rural Denmark in the 19th-century, planning to leave the farm to attend school.

Although she has full encouragement from her forward-thinking mother Anna, Lise's father does not support her attending school.

Lise's plans are jeopardized by her mother's health and her own romantic desires.

By focusing on a reasonably well-off, but less powerful family, Lindeburg brings how historical micro-setbacks and the disastrous impact of superstition, dogmatic beliefs, and ignorance are confronted with personal and social issues posing a threat to individual lives and social progress in general.

According to London Film School supported One Room With A View review, "though not ground-breaking in its portrayal of the hardships of women throughout history, Lindeburg’s film is nevertheless an arresting and stylish spyhole into one girl’s burgeoning awareness of self, and ultimately, awareness of sin."

TIFF 2021 features 10 days of exceptional international and Canadian cinema with close to 200 films in its Official Selection runs from Sep 9 through Sep 18, 2021.