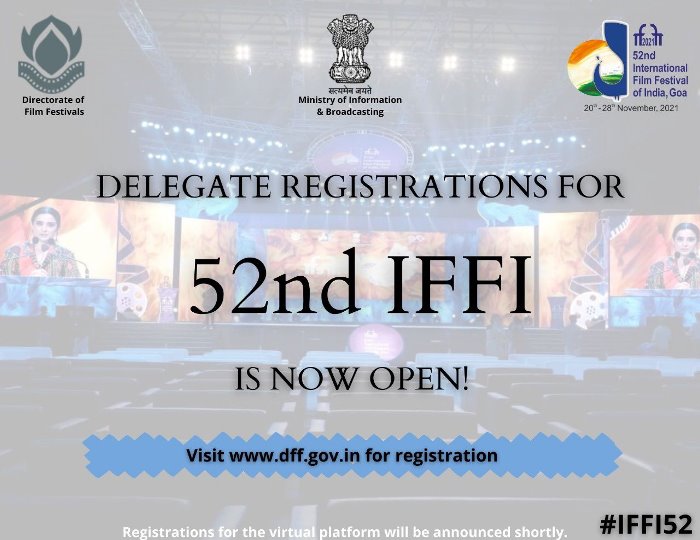 Panaji/IBNS: The offline registration for the delegates for the 52nd  International Film Festival of India (IFFI) is set to be open from Sept 6, 2021.

The 52nd Edition of India’s biggest festival, The International Film Festival of India (IFFI), is set to be held in Goa from Nov 20 to 28, 2021, in a hybrid format.

Over the last 50 years, the festival has grown to become one of the oldest and most prestigious film festivals in Asia.

IFFI showcases a collage of the best of contemporary and classic films from around the globe and welcomes an array of world renowned filmmakers, actors, technicians, critics, academicians and film enthusiasts to celebrate Cinema and the Art of Filmmaking through its Screenings, Presentations, Master Classes, Panel Discussions, Co-production, Seminars etc.

Tentatively, the 52nd edition of IFFI will have 300+ screenings.

Considering the present COVID-19 situation IFFI and the Government of Goa will ensure to take all the necessary protocols to keep the delegates safe during the festival, a statement here said.