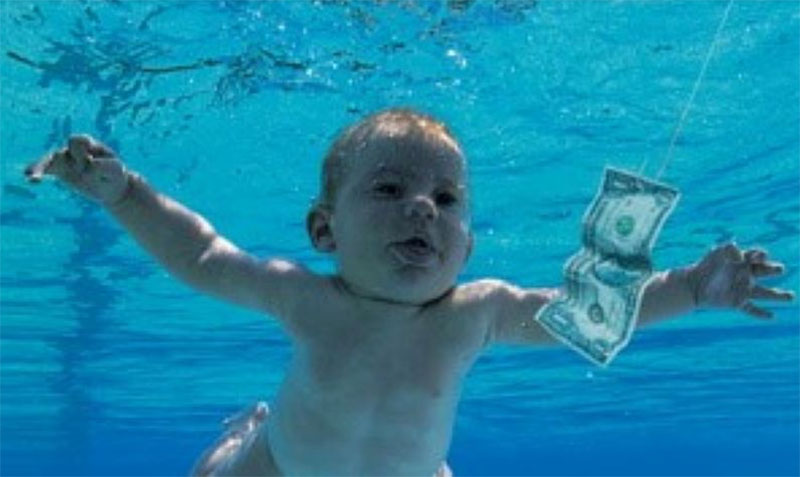 The American man, who had featured as a naked baby in the cover of Nirvana's Nevermind album, has sued the band for "sexual exploitation", media reports said.

In 1991, Spencer Elden had featured in the cover where he was seen naked in a swimming pool trying to reach out for a dollar bill on a fish hook.

Elden, who is now 30, was four months old back then.

Neither Elden nor his legal guardians had ever authorised the use of his picture and "certainly not of commercial child  pornography", stated the lawsuit.

Elden has now asked for $150,000 in damages from 15 defendants as well as the estate of the late lead singer Kurt Cobain and the photographer, Kirt Weddle.

The lawsuit has stated the cover "exposed Spencer's intimate body part and lasciviously displayed Spencer's genitals from the time he was an infant to the present day".

It said Elden has suffered "extreme and permanent emotional distress" as well as "lifelong loss of income earning capacity".