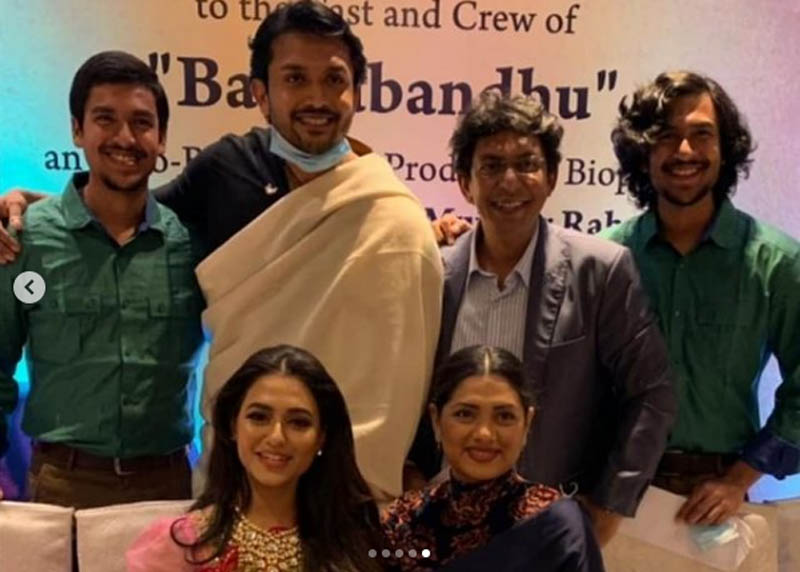 Mumbai: The shooting for the movie based on the life of founding father of Bangladesh Sheikh Mujibur Rahman, titled 'Bangabandhu', was held in Mumbai on Thursday.

The mahurat shot was taken at the Dadasaheb Phalke Chitranagari studio, adhering to all Covid protocols laid down by the Indian Ministry of Information and Broadcasting, reports The Daily Star.

The movie is directed by ace filmmaker Shyam Benegal.

The movie is produced jointly by Bangladesh and India as part of the birth centenary celebration of Rahman.

The first phase of shooting will take place in the Film City in Mumbai, which will go on for about 100 days. The second phase of the shooting will be held in Bangladesh, mostly filming the Muktibahini's struggle for independence, reports The Daily Star.

The character of Bangabandhu will be played on the silverscreen by Arifin Shuvoo.

Actress Nusrat Imrose Tisha will portray the role of Sheikh Fazilatunnesa, and Nusraat Faria will play the role of Bangabandhu's daughter Sheikh Hasina.