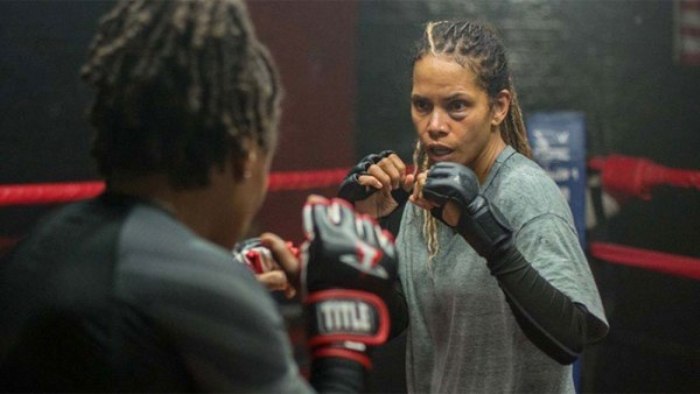 While making her directional debut in 'Bruised,' Halle Berry also stars as a washed-up MMA fighter struggling to regain custody of her son and restart her athletic career.

Jackie “Justice” (Berry) has been working multiple jobs and barely making enough money after she lost an important match years ago.

When her boyfriend, Desi (Adan Canto), manages to trick her into going to an underground fight, she regains her passion for the sport and realizes she would have to fight to reclaim her six-year-old son Manny and an MMA title and emerges victorious in having her son she once abandoned dropped off at her doorstep.

Unfolding against the New Jersey background, 'Bruised' fascinates and captivates viewers in the world of MMA fighting and title-match preparations.

Jackie’s arduous journey in her training sessions and matches to get back into peak shape in order to compete with younger opponents is shot with an invigorating intensity.

In her classical redemption story, 'Bruised' with her rage and heart-rending vulnerability radiating through her stormy and violent performance, Berry fabricates a portrait of a woman defined by her fight-or-flight reactions to the challenges to which her life has been exposed.