Moothon is layered in terms of a search for oneâ€™s own self: Geetu Mohandas

Moothon (The Elder One), a bilingual crime thriller in Malayalam and Hindi, was premiered at the Toronto International Film Festival (TIFF). IBNS Canada correspondent Asha Bajaj speaks to director  Geetu Mohandas about the  film starring Malayalam actor Nivin Pauly and capturing the search for a lost elder brother (played by Nivin) that takes a teenaged Mulla from the idyllic islands of Lakshadweep to the ugly underbelly of Mumbai. The quest of the younger brother is also metaphorical in the film which the director says portrays a "sense of identity and the crises within”. Excerpts:

Geethu, what inspired the script of this multi-layered film?

I don’t exactly remember how the idea germinated. But I remember that I wanted to experiment something along the lines of search. And that was when the idea struck about a little kid in search of the older brother. I decided to place the child in Lakshadweep island, a remote and secluded island and  cut off from the rest of civilization. I thought it interesting to start the story there and see how the child from this island lands up in the downtrodden place of Kamathipura without knowing the language of that place. And as the story developed, new elements, like settings of the place, Lakshadweep and Kamathipura, and from that space emerged lots of characters of the film. The whole writing process was organic. And in 2016 I was given global filmmaking award for Moothon and I was part of the Sundance Lab because they mentored me and allowed me to write not as a director, not as a producer, but in whatever way my imagination takes me. So the whole story came unfolding in a very organic way.

Tell me briefly about the different layers of the movie as well as about different types of searches in this film like Mulla's search for Akbar.

The under current of the narrative is socio-political. It especially becomes evident when you place the characters in real space amongst real people in places like Lakshadweep and Kamathipura. Invariably the politics of these places become the constant undercurrent of the narrative. That is what happened in Moothon as well. It is addressing the different layers upon the placement of the minorities with their dreams, their big goals, denial of dignity to the downtrodden, and also their sexuality.

So apart from the obvious search, which is the kid searching for the older brother, it is also layered in terms of a search for one’s own self, sort of like a metaphor, of one’s own identity and the crisis that one goes through with these searches. There are a lot of layers of metaphors of search as well.

Geethu, tell us about your past experiences about acting in films and your decision to become a director? Why and when did this shift take place? Have you any regrets?

The transition was quite simple. I was a child actor and invariably became an actor when I was an adult. I think the last movie which I did was Adoor Gopalakrishnan’s Four Women. I loved working with him as an actor. Then I thought of discontinuing acting. I think everyone usually enters the field of film to become an actor and then becomes something else. For me, the reverse thing happened. I wanted to write my own story and become a filmmaker. And when I became an actor it gave me an opportunity to enter the industry. When the right moment came I felt I should leave acting and start writing my own story. Then I did a short film 'Liar's Dice' and then 'Moothon'. Ever since then I have been a writer. Absolutely no regrets, love it. I will never go back to acting again 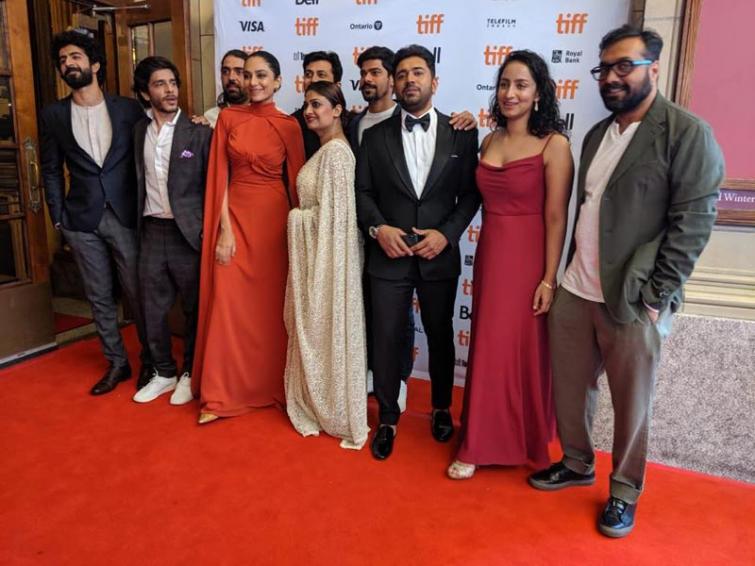 Geethu, tell me, in brief, the challenges you faced in the selection of the varied and complex cast of the movie.

Casting for the film was a very interesting process. Nivin is someone who is a very unassuming actor, and I wanted someone who would play the role to the team. I always had confidence in him as an actor and I have watched all his films in which he worked in his same comfort zone with his friends in commercials blockbusters. I felt there was more to him as an actor. When I offered him the role, and he agreed and came on board, it was an exciting process because he completely subjected himself to me and the film. He wanted to completely unlearn whatever he had learnt and to explore new territories. We did some acting workshop with him. After that when he wore the costume in real spaces among real people, I knew that 50% of the job was done. The only thing left was that he had to behave. It was interesting to see all the characters become alive.

I met Shashank (Shashank Arora) in Sundance when I went to see one of his films and knew instinctively he was the right person to play Salim. All the characters who came on board were very instinctive choices. 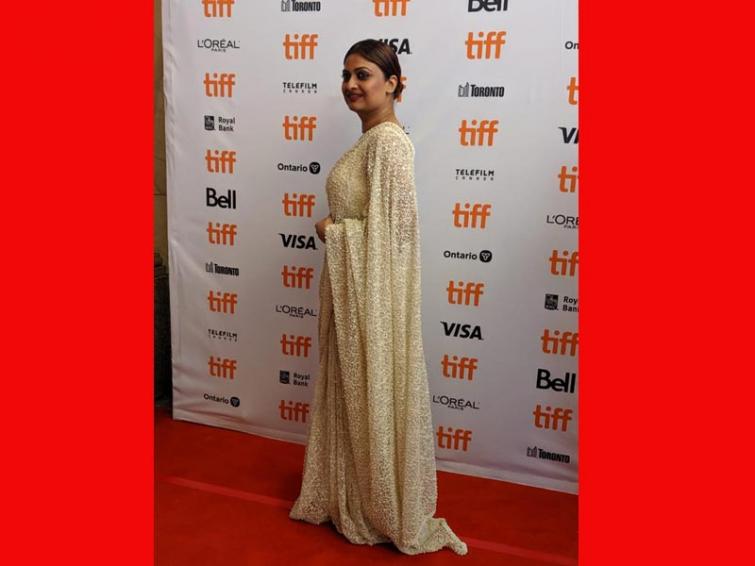 Where was the film shot? Please highlight the challenges you and the characters faced while shooting the film in the widely contrasted calm village life of the island Lakshadweep and the chaotic life of Kamathipura in Mumbai?

The film was shot both in Lakshadweep and Kamathipura.  In Lakshadweep, the only problematic situation we faced was the weather conditions to go into these islands and we had to wait for sometimes before we could go there to resume our shooting. Other than that, the place was beautiful and picturesque, there was a sense of responsibility among people and we had to bring these characteristics into the visual narration as well.

Kamathipura was a place which I loved when I watched Mira Nair’s film Salaam Bombay. I had not seen the place and was excited to see it myself. But we were worried about shooting the film in Kamathipura because we were afraid that people in this place would be hostile. We were pleasantly surprised to see the warm welcome and hospitality that they gave us. We shot in real spaces among real people and we shot with a very small camera and the actors were accompanied by a small crew of 5 – 7 at the most up to 10 so that people around us were not aware that we were shooting a film. We would shoot and come back without disturbing their personal spaces and their livelihood. But afterwards, when they learnt that we were shooting a film, they were very warm and friendly.

My reason for choosing Lakshadweep and Kamathipura was because of the total contrast in their visual representation and in the soundscape. Lakshadweep represented a sense of calmness and serenity whereas Kamathipura was chaotic and was full of hustle and bustle. I wanted that kind of differentiation in the film as well.