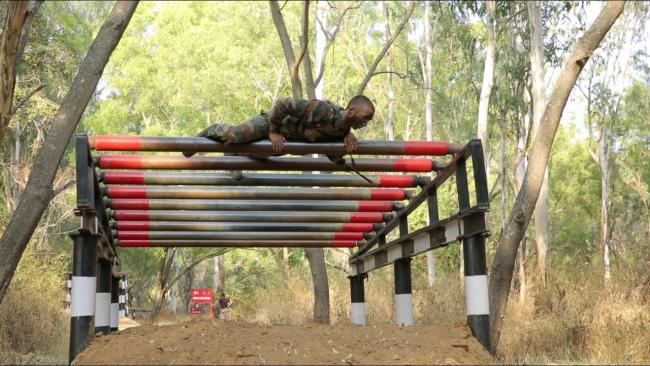 For nearly 50 years, this eminent School in Belgaum has produced the fittest and finest Ghatak Commandos who have fought the most notable wars of our generation. For decades, the Ghatak Commandos have served the country fearlessly & bravely with pride & honor.

The 4 episodes’ series ‘Breaking Point: Commando School Belgaum’ gives viewers a glimpse of the 35 days gruelling course that the officers must overcome to be a part of India’s Elite Commando Force.

The series has been produced by Sparkle Works Films exclusively for Discovery channel. The first episode of the series was aired on Saturday, Sept 23.

Karan Bajaj, Senior Vice President & General Manager- South Asia, Discovery Communications India, said, “We have, over the past many years, showcased specially created programs truly capturing the valor, the passion, the skill of Indian army in the most impactful way. Very interestingly, we have captured the elite Commando Training course at Belgaum through a character driven narrative – following charismatic officers who must overcome all odds to become a part of Indian Commandos.”