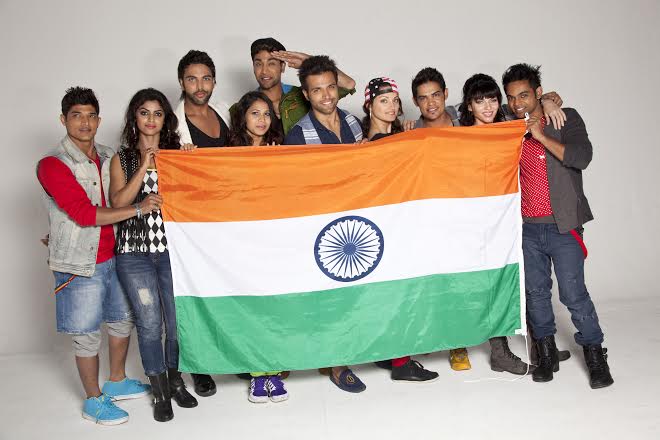 The contestants who have left to South Africa for the rehearsals of the show, have been away from India for a while now and have been missing home.

Since they were homesick, the crew decided to call it a half day and wrap up to celebrate Independence Day in Cape Town. The contestants were seen hurdling together and clicking pictures with the Indian flag. The foreign contestants too joined them in their celebration.

The contestants of Dare 2 Dance wanted to gorge on some Indian food this Independence. So the team called the shoot off and went to relish on some delicious Indian dishes leaving their fitness behind for the day.

Says a happy Rithvik Dhanjani, “We have been under strict diet and vigorous training in Cape Town for the past 2 weeks for Dare 2 Dance. We got a half a day to celebrate this auspicious Occasion. The core idea was to feel Independent. We were allowed to eat junk food, go shopping, sight-seeing and whatever we wanted. We had freedom to talk, gossip, learn, all connected to an individual’s independence. This Independence Day the Dare 2 Dance team are celebrating together in Cape Town, South Africa.”