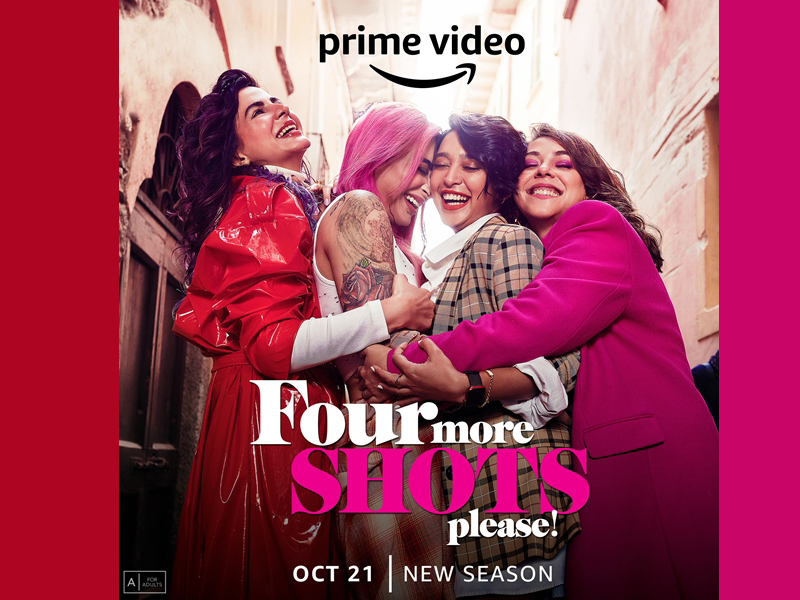 As the 'flawsome' foursome – Siddhi (Maanvi Gagroo), Anjana (Kirti Kulhari), Damini (Sayani Gupta), and Umang (Bani J) – continue with their perfectly imperfect lives with new adventures, more mistakes, and a whole lot of fun, here are five reasons why you must watch this show.

The new season addresses all that was left unsaid in the finale of the second season – Damini's relationship with Jeh gets more intense and she goes through a miscarriage; Anjana gets romantically involved with a married man, unaware that his isn’t an open marriage as he proclaims. Umang decides to let the Punjaban out as she fights for her own father's approval while Siddhi is reeling from the death of her father in the worst way possible and makes life difficult for her mother.

In the series, we see a variety of fancy locations. The foursome gave major travel goals to girl gangs to plan their next vacations. We see these four women overcome their difficulties and have fun across many places, including Istanbul, Turkey, where they celebrate Maanvi’s birthday, and Punjab, where they learn how to shoot a rifle.

This season, the audience gets to see how these four friends motivate and push each other to get better. Siddhi is all about leading a carefree, self-sufficient life. Anjana puts her best foot forward by moving on from her past, focusing on her work, and taking the lead in the organisation, whereas Damini rises above her difficulties and shines despite a setback in her personal and professional life. Despite parting ways with the love of her life, Umang inspires us to live on and starts a fitness center of her own.

The show has always had a fabulous male cast including Prateik Babbar, Neil Bhooplam, Rajeev Siddhartha, and Samir Kochhar who are reprising their respective roles. To add to that, acclaimed actors Jim Sarbh, Rohan Mehra, and Sushant Singh have joined this Amazon Original in this new season. This is reason enough to tune in to the new season!

These girls have found true love in each other, despite their romantic interests that have kept on fluctuating through the previous two seasons. The four friends have certainly had their share of arguments, fights, and disagreements, but when it comes to being there for one another, these women have never hesitated to drop all they have been doing to help their buddy in need!