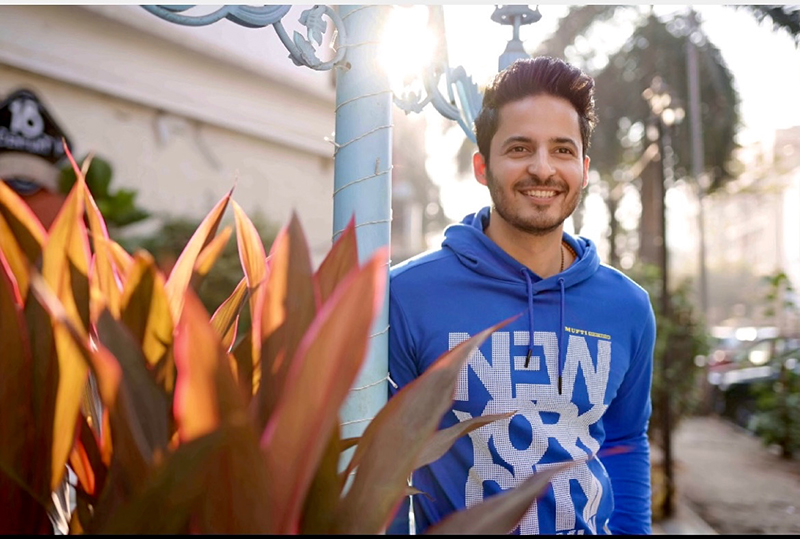 Mumbai: Social media – a world replete with trending reels, quirky posts and easy access to people across the globe – can be addictive. Most of us spend a lot of time on social media.

While it’s a great way to connect with people, the exercise also takes up a maximum chunk of our productive hours.

Mohit Malhotra, who has been a part of shows like Bade Achhe Lagte Hain, Splitsvilla and Naagin 5, says, “It can be a mood lifter. I actually choose who I follow or I put them under the favourites, so I only see who I wish to follow. I have realised even when you are following and scrolling the feed on Instagram, you waste around 30 minutes only to realize that you are just empty scrolling. You have to be extremely disciplined about using this platform because it will drag you and immerse you so much that you forget that there is a real-life outside of this web, which needs your focus more than anything else. So, I would say that social media comes with its own advantages and disadvantages.”

Mohit has combatted the problem by regulating his time spent on Instagram, Twitter, etc. He says, “I have set a screen time for social media just to make sure that I don’t waste a lot of time. People just keep on scrolling and even I was a part of that. I would spend hours browsing through social media but not anymore. I post my pictures and spend around 30 minutes in a day.”

He also cautions Igers and their followers that not everything in the digital world can be believed to be true. He says, “In the world of social media, everyone wants to put their best foot forward. When you see it as an audience, you should realise that you don’t always see the complete picture. Don’t get so swayed by the social world that it makes you believe that what you see is the reality.”

But that’s not the only disadvantage associated with the platform. Several actors in recent times have complained about losing work owing to abysmal social media following.

Mohit says, “It’s not a good benchmark set in the industry, where you are cast on the basis of your following on social media. We need to acknowledge that many people boost their followers by paying just to keep up with the trend. Many actors are not active on Instagram but they are doing well in their careers. So, nothing else but talent should count and be considered while casting someone. I don’t understand why the casting frat focuses on followers. It’s quite illogical, as there is no correlation. An impressive following doesn’t guarantee great acting talent. I am sure someday, everyone will realise that there is no substitute for talent.”

He adds, “A lot of actors are pressured to be active on social media by their teams. According to them, it helps in getting noticed and bagging projects. There is a lot of peer pressure and people do it for validation. I think we should only do what we like to do, we should not do anything under pressure.”