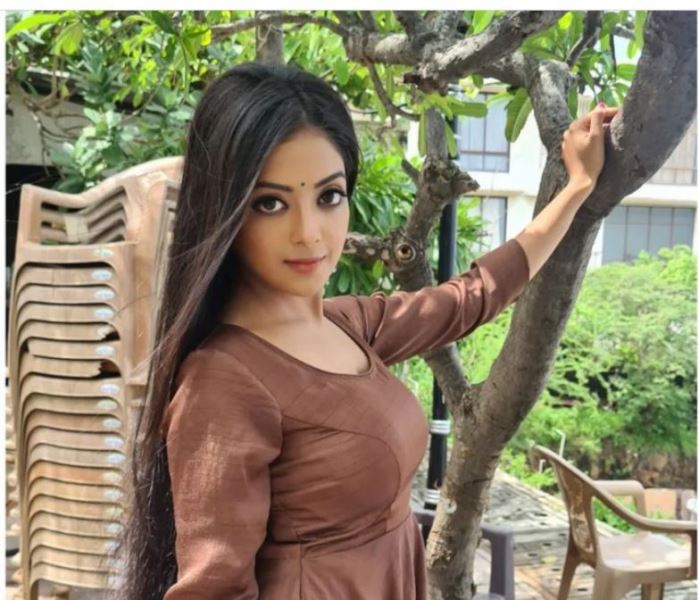 Mumbai: Actress Khushi Dubey feels lucky to be part of the web show Aashiqana. The actress says that the series has a little something for everyone and she loves playing her role.

“Aashiqana is a complete package and a blend of romance, thrill, drama, action, mystery and murder. Every thrill that you can think of in a web show. We have tried to cover all age groups. The storyline is so beautiful where the two characters are completely different from each other. One girl who is bubbly, brave, innocent and emotional whereas the guy opposite is the ACP and stubborn and reserved. Yet he is very strong and brave. The girl (Chikki) aspires to become a police officer and literally respects the women in many aspects and also speaks for them. We have a killer who is throughout the show and is adding so much of thrill. Everyone wants to know what will happen next. We have all the elements that will intrigue the audience and develop interest. The directors, producers and the entire team are doing a great job,” she says.

In fact, she says as a viewer too, she loves shows such as Aashiqana. “As an audience I love watching mystery stories, murder stories and things related to thrill and even romantic stories for that matter. It's almost like describing my own show. But this is the kind of genre I really like,” she says.

Ask her what she plans to do after the show, and she says, “I have no fixed plan of going forward. I would go with the flow. I would love to be a part of more such shows, which have a great storyline And I have an impactful character and stuff like that. And I would like to experiment with my characters. I would love to get into the shoes of other characters. For example, this character of mine as Chikki is very different from how I'm actually in real life. Chikki is really talkative, and an extrovert. And, on the other hand, I'm a little reserved. All of these roles give you so much opportunity to grow as an actor and as a person. So, I would love to do all of these things. Whether it be movies, web shows or other TV content, I want to do it all!  I have many dream roles; I love the role that Kareena Kapoor Khan played in Jab We Met and I love Vidya Balan's roles like the one in Kahani and many of them. I think there are quite a lot of them. But, on the other hand, I also feel that the one I'm playing right now, as Chikki, is also one of the dream roles I could have thought of.”

Meanwhile, just playing a role well is an inspiration for the actress. “There are many things that inspire me but one of them is when an actor gets into the shoes of another character and truly becomes that character and starts living and experiencing the journey of that character. That is something really inspiring for me. Actors like Priyanka Chopra, and Kangana Ranaut have played versatile roles and they are so humble by nature. This is something that inspires me a lot. The higher you climb, the humbler you get as an actor. Whether it is Ranveer Singh or Anil Sir or Farhan Akhtar with whom I have worked, they are legendary and humble. They are so down-to-earth and hardworking and this inspires me a lot,” she says.