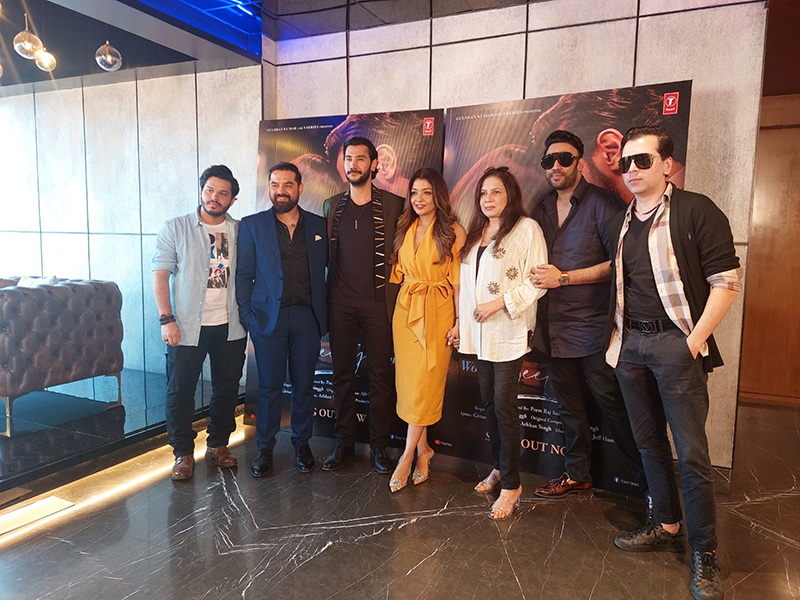 Featuring Turkish sensation Uğur Güneş, the track has been sung by Tanya Singgh and composed by Ajit Singh. Gittanjali Singh has penned the lyrics of the song. Prem talks about his experience of making the song that has been shot in Istanbul.

“Woh Beetey Din is a story about love and the complexities it brings with it. There is an immense amount of emotions and intensity along with breathtaking visuals,” he says.  For the director, Turkey is like his second home.

“I have been meeting a lot of filmmakers in Turkey and have quite a few of them as my friends. So, for me shooting the song was like shooting in my home city. It was wonderful,” he adds.  Praising Tanya’s singing, Prem says her voice is unique and beautiful.

“She brings along a nostalgic feeling that I think people will really be in love with. Tanya is a director’s delight to work with as she is focused and dedicated. She is also family to me. I have known her for almost two decades now. We have literally seen growing up days together,” he shares.

Woh Beetey Din is a love song that went live on July 19. And, even in this short time, the song has generated a good response. Prem is obviously happy with the reactions.

Even the response in Istanbul has been fabulous. “Like I said, I have many friends in Istanbul and also I have a company registered in Turkey. I plan to work a lot more out of Turkey now as a producer,” he reveals.

Glimpses of Dhoka: Round D Corner promotions in Kolkata 01 Jan 1970, 05:30 am
Related Videos
Dhoka: Round D Corner promotions in Kolkata 22 Sep 2022, 08:04 pm
Mimi Chakraborty launches Biryani By Kilo's 100th outlet in Kolkata 17 Sep 2022, 06:30 pm
Femina Miss India on her list of actors she wants to act with 27 Aug 2022, 09:14 pm
Latest Headlines
Hiten Paintal: If you want to perform well it has to be a substantial role, be it, negative or lead role or even a comic character Tue, Oct 04 2022
Anu Aggarwal: Dussehra is a time where I think we need to observe, and evaluate our own deeds Tue, Oct 04 2022
Palkon Ki Chhavn Mein 2 went on air on 3rd October at 7.30 PM Tue, Oct 04 2022
Sangita Ghosh: Best part is that Swaran Ghar touches upon the topic of whether expecting things from one’s children is right or wrong Tue, Oct 04 2022
Ashok Kumar daughter Bharti Jaffrey dies Wed, Sep 21 2022
'Dahan..': Tisca Chopra reveals brush with supernatural Tue, Sep 06 2022
Hiten Tejwani praises Swaran Ghar: The content of the show is different and relatable, especially the way it deals with different relationships Wed, Aug 24 2022
Richa Sony: I am glad that talent doesn’t have to wait for the opportunity now, in fact they can create any opportunity Tue, Aug 23 2022
To me melody and good production values of a music video are most important: Aly Goni Mon, Aug 22 2022
Prathmesh Sharma enjoyed working in Ishqiyoun: Have always believed that experiences are more enriching than the outcome Mon, Aug 22 2022