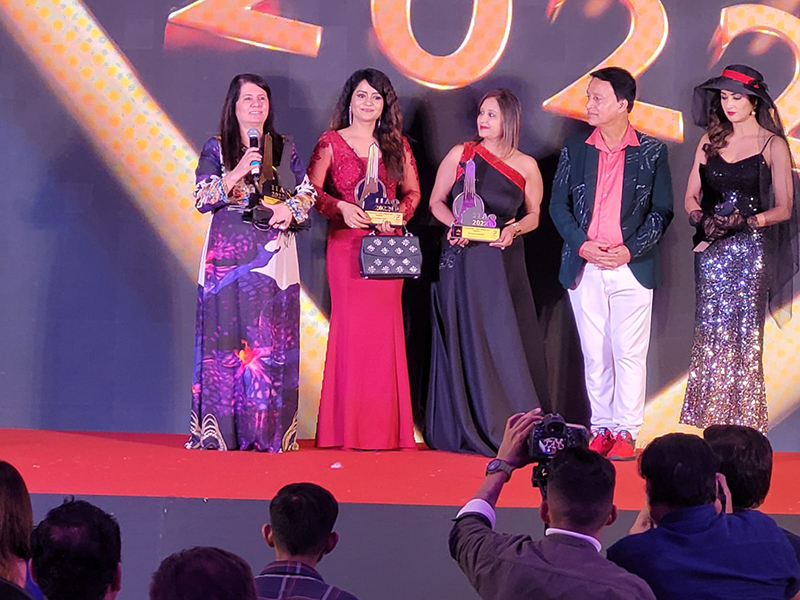 The cult-comedy show has been on a winning streak ever since its inception 7 years ago.

The show has not just won many awards but also the audience's hearts with its rib-tickling comedy.  "Bhabiji Ghar Par Hai!" revolves around neighbors Tiwari's and Mishra's who try to woo each other's wives with their funny antics. It features Aasif Sheikh, Rohitashv Gour, Shubhangi Atre, and Vidisha Srivastava in lead roles and airs on &TV.

Binaiferr Kohli looked beautiful in a colorful dress and Mugda Chapekar who had played lead in the past with Edit II while receiving the award acknowledged Binaiferr's presence as soon as she noticed her.  Vidhisha who plays Anita Bhabi thanked Binaiferr too for giving her a big break. Hiba Nawab who has worked with Binaiferr Kohli as a lead in the past was happy to meet her. Binaiferr Kohli says, "It is always wonderful to get recognition for your work. I am grateful to Sanjay Ji and my entire team who work day and night to churn out episodes to entertain the audiences. Bhabiji's light-hearted clean comedy always wins the hearts of the audiences. I am grateful to & TV for always encouraging us to give our best."
Well we are sure Bhabiji will win a lot more awards in the coming months!