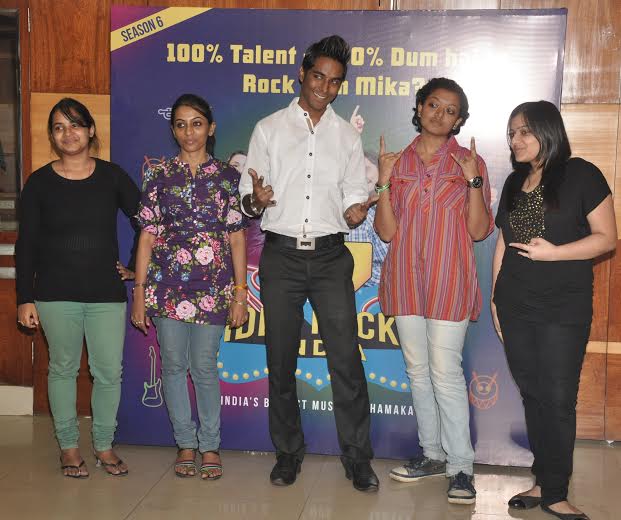 The five finalists from Kolkata are Mousumi Pal, Kamran Khurshid, Kavya Daga, Dhruba Bakshi and Indrani Sarkar.
These finalists will come together to showcase their talents at the Idea Rocks India Mini Concert on Apr 3 and 4 at Kolkata.

Speaking about the initiative, singer Mika said, “It feels great to be back with Idea Rocks India again this year. Idea Rocks India has given me a platform to connect with my fans and identify and groom the untapped, young musical talent across India. The overwhelming response that I received at my concerts last year has encouraged me to stay associated with this platform and I assure my audiences of more thrilling and invigorated performances at Idea Rocks India concerts this year.”

Music sensation Mika performed on the IRI stage last year, whereas the diva Sunidhi Chauhan was part of an earlier edition of the property. The IRI Season 6 stage will witness the return of these two stars, along with South Indian music sensation, Karthik.

All the entries received for IRI Talent Hunt were screened by a team of 4 judges with extensive music knowledge and experience, who then shortlisted 20 candidates in Kolkata.
These were further screened to the top five finalists by a panel of local music academicians and popular music personalities. These five finalists will now be groomed and prepared for the final round. The winner will be selected by IRI – 2014 music stars and the winner will get a chance to perform with Mika.

Mika will select the final contestant of IRI –Kolkata and felicitate the winner at Nicco Park on Apr 6. The winner will also get an once-in-a-lifetime opportunity to perform with the music superstar in front of a packed house.

Anish Roy -Chief Operating Officer, East, Idea Cellular, said, “Idea has always promoted young talent in Kolkata and it gives me immense pleasure to announce the finalists of Idea Rocks India in Kolkata. It is heartening to witness the extent of talent that the city holds. I hope that Idea Rocks India will prove to be a platform for these finalists in realizing bigger dreams and shine brightly on the stage with Mika in Idea Rocks India Mega Concert.”

The 6th edition of ‘Idea Rocks India (IRI)’ will cover 17 Indian cities with singing superstars Mika, Sunidhi Chauhan and Karthik who are set to mesmerize audiences with their stellar performances. Idea will also give a once-in-a-lifetime opportunity to 17 music aspirants to perform alongside the music stars and exhibit their talent amidst thousands of people.

Conceptualized in 2005, Idea Rocks India is now in its 6th edition and is aimed at identifying a combination of ideal voice, performance and X factor across India.