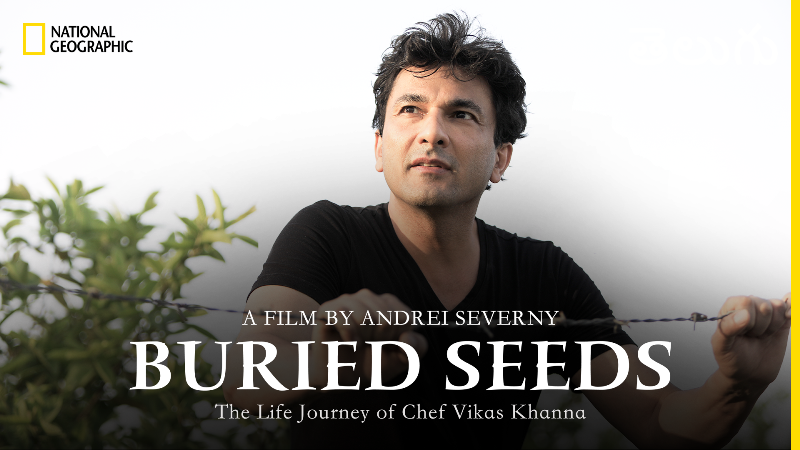 New Delhi/IBNS: National Geographic, known for bringing stories that take viewers on an enlightening and transformative journey, is celebrating this Independence Day with the premiere of Buried Seeds, the life story of Michelin chef Vikas Khanna.

National Geographic in India is bringing to its viewers the timeless and true story of human passion and willpower on television for the first time.

Directed and produced by contemporary filmmaker Andrei Severny, the film traces the journey of Vikas Khanna from his beginnings as a child with misaligned feet to the man who took Indian cuisine to the world.

Vikas narrates the incredible story of how he learned to walk and won people’s hearts with the magic of his cooking. Along the way, he becomes one of the most influential chefs in the world and a cultural ambassador of India.

The film also captures the true essence of Indian culture, heritage, and customs through kaleidoscopic visuals of India, with all the beauty, bonding, and sacrifices made by an Indian family to fulfill the dream of their child.

“At National Geographic, we believe in telling stories that are perspective-shifting, eye-opening and sometimes even life-changing. This Independence Day, we wanted to celebrate by giving our viewers an exclusive access to the story of an Indian icon – Vikas Khanna,"  said a National Geographic spokesperson.

"Buried Seeds is a transformational story of passion, devotion, faith combined with Vikas’ immense love for Indian culture. We are confident that this storytelling will give viewers an incredible perspective into the chef’s life. It is truly a moment of pride to associate with Vikas and Andrei and bring their film to our audiences for the very first time on television on such a significant day,” the spokesperson added.

“Buried Seeds is very personal to me. It’s a collective wisdom of everybody that influenced and inspired me, from poets, philosophers, mentors to family members. Their words are with me through every struggle or triumph. Buried Seeds uncovers many memories and emotions that were hidden inside me for so long," said Vikas Khanna.

It is my hope that people will see something of themselves in my story. I hope they will see the possibilities for what they can become. The music does not end in us. Sometimes we need to open our hearts and listen. That’s what Buried Seeds helped me do in my life - and that’s what I believe it can offer to others,” he said.

Speaking about the film, Andrei Severny said: “Buried Seeds offers a fresh perspective in these challenging times. The seeds are inside each of us; they unite us and will only grow strong. The old “you” will die to give space to the new “you” – a particle in the long chain of generations, a speck of dust of collective wisdom and an everlasting sacrifice for the children and those who come after."

"I am very grateful to National Geographic and its magnificent team for a chance to share the film with its audience. I hope this film will make the viewers think and look at their own lives and dreams in a new light,” Severny added.

The film has been distributed by FilmKaravan.

Buried Seeds will air on Aug 15, at 9.00 pm on National Geographic in India.