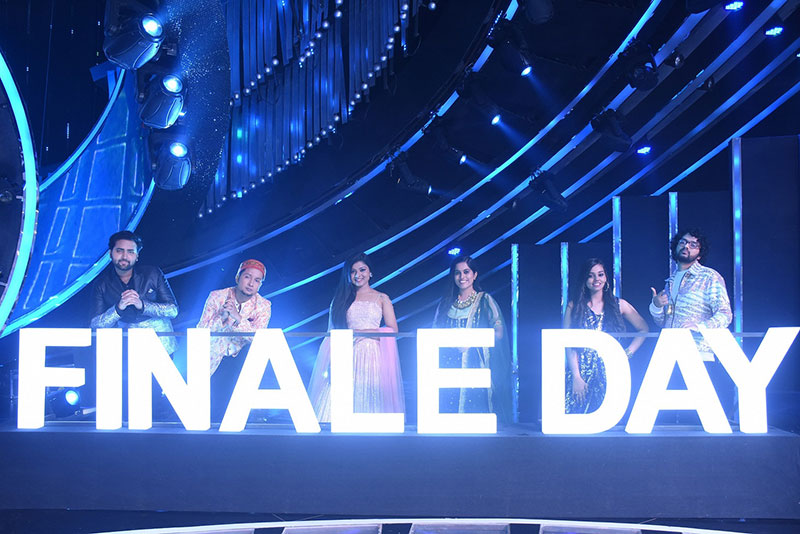 This one-of-a-kind gala event - a first in many ways - will have over 40 acts spanning 12 hours.

Planned as clutter breaking and wholesome celebration of music, viewers will witness some of the popular musical maestros from the Indian music industry coming together to encourage the finalists and entertain viewers in a super special way.

Tune in to the ‘Greatest Finale Ever’ of Indian Idol – Season 12 on 15th August starting 12noon, only on Sony Entertainment Television.

In this specially-curated, star-studded musical marathon, viewers from across the country, who have showered immense love to the show and its contestants can expect to watch scintillating performances not just by the Top 6 contestants of this season, but also by some of India's top-rated singers.

This is a finale you don't want to miss! Joining Aditya Narayan as the co-anchor for the evening will be Jay Bhanushali and the duo in their inimitable style promise to take the viewers through an entertaining day of music, masti and a whole lot of fun banter.

To begin with, the extravaganza will commemorate the occasion of the country's Independence Day with a heartfelt and endearing tribute to the armed forces.

With high octane sing-along, with the best in the industry, the top 6 finalists will set the tone of the evening through classical, disco, pop, rock, indie and much more, celebrating music across genres.

But what is a music reality show without its mentors or judges?

Himesh Reshammiya and Sonu Kakkar will be seen dishing out concert-worthy performances in this finale!

Through the 12 hours, the finale will see performances from noted celebrities from the world of music as well. As the musical evening progresses, a special host will make the contestants loosen up a bit and play a game loaded with trivia.

The show will also take a closer look at the top 6 finalists’ glorious and emotional journey through a tete-e-tete.

All in all, the audience verdict on the Indian Idol 12 winner will be out in the most grandest way India has ever seen. Are you ready for it?