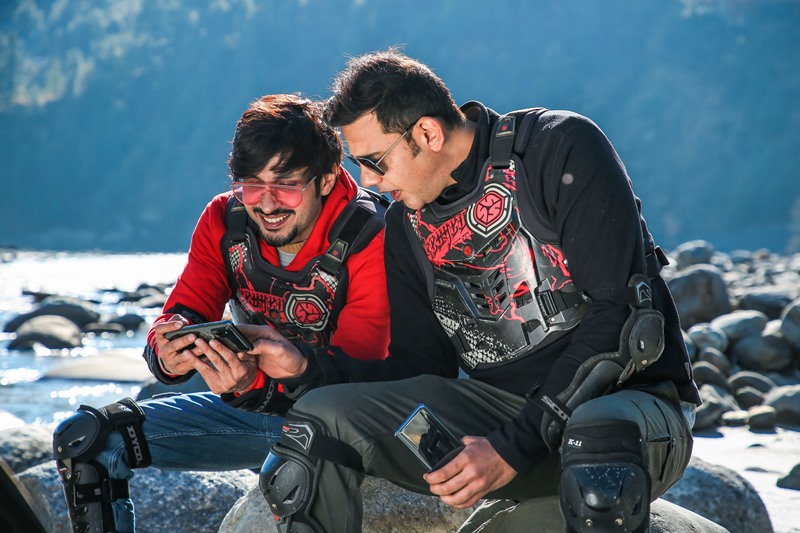 Kolkata/IBNS: Discovery Channel, the country’s leading real-life entertainment channel, is all set to bring back the thrill of extreme sports with an exciting new season of its adventure reality series 'Feelin Alive' Season 2.

This time the show is helmed by two very dynamic and talented hosts Amol Parashar and Cyrus Sahukar.

Shot in one of the most beautiful locations in India, Manali, the show will take the viewers on an adventure to conquer the extreme and experience that adrenaline rush that they’ve been craving for some time now.

The four-part series will see the hosts Amol Parashar and Cyrus Sahukar as they go around Manali discovering the unknown and overcoming their fears.

Training under experts, the duo will set out to perform some the extreme sports including slacklining at Jagat Sukh, canyoning at Jogini Falls, snowboarding at Solang Valley and ATV off-roading.

Speaking about his experience, Amol Parashar said, “It was an amazing experience. I have never felt such thrill in my life! Manali is such a beautiful place, but this time, it was more than just the beauty of this place that I got to savor. That adrenaline rush and the thrill of trying something new for the first time, was priceless."

"To be honest, it was a bit nerve wracking for me before I tried these extreme sports. But once I got into it, I was loving every moment of it! I am grateful to Discovery Channel for such an awesome show, which I not only enjoyed shooting, but one that also helped me overcome my fears,” he said.

Sharing his experience, Cyrus Sahukar said, “I thoroughly enjoyed myself while shooting for Feelin Alive Season 2. It was a fun and a very beautiful experience being in Manali. I feel, trying new things really helps you overcome your fears."

"I would watch people doing all these things and being all cool, on Discovery Channel in fact, but never had the courage to do this on my own, until now. And boy am I glad to have had the opportunity. This is going to be one experience I will remember for the rest of my life!” he said.

"We are delighted to bring back the extreme adventure show Feelin Alive, and collaborate with Mi 10T Pro to drive synergies and accompany the new hosts, Cyrus Sahukar and Amol Parashar on this adventurous journey. We are also happy to associate with some of the leading brands for this show, including Audible, White Hat Jr., Amul, Renault, Ather Energy and Behrouz Biryani.”

“We are extremely delighted to partner with Discovery India and embark on an adventurous journey with ‘Feelin Alive’, one of their renowned and thrilling shows. Today smartphones define not only the way we plan and execute our travels but also how we document them," Manu Kumar Jain, Managing Director, Mi India.

"Owing to the unprecedented advancement in technology, smartphones have definitely ousted traditional cameras, especially for travel photography,” said he.

“Allowing users to create and share visual content using smartphone, the Mi 10T Pro which has been featured in this show, is an epitome of technology and creativity and is a perfect companion for all power users.”