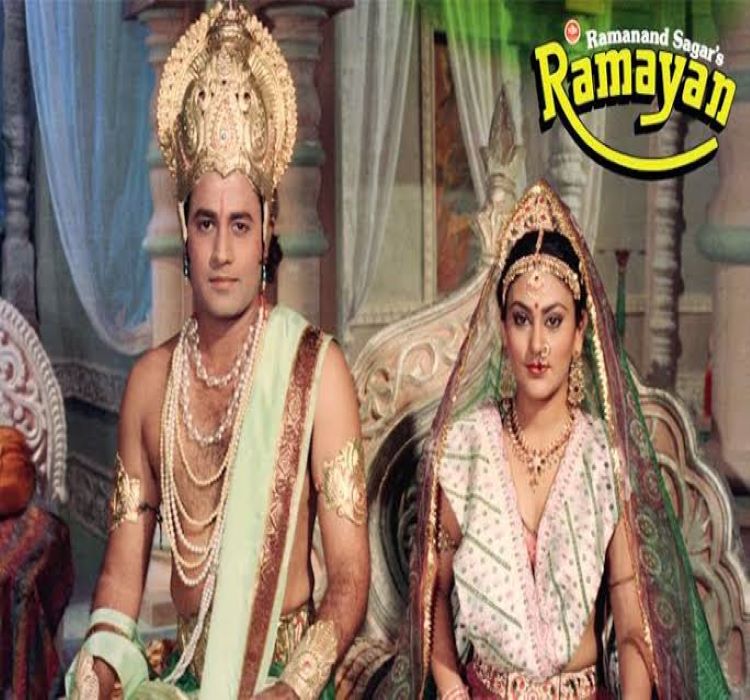 New Delhi/ IBNS: More than three decades of its telecast on Doordarshan, Ramanand Sagar's Ramayan managed to create the same magic, emerging as the "most watched entertainment show in the world."

A recent tweet by Doordarshan said on April 16 the mega-serial was viewed by 7.7 crore people.

"Rebroadcast of Ramayana on Doordarshan smashes viewership records worldwide, the show becomes most watched entertainment show in the world with 7.7 crore viewers on 16th of April," read the tweet.

Rebroadcast of #Ramayana on #Doordarshan smashes viewership records worldwide, the show becomes most watched entertainment show in the world with 7.7 crore viewers on 16th of April pic.twitter.com/edmfMGMDj9

Written, produced and directed by Ramanand Sagar, the serial had Arun Govil, Dipika Chikhlia Topiwala, Sunil Lahiri as Lord Ram, Sita and Lakshman, respectively. Other leads were Lalita Pawar as Manthra, Dara Singh as Hanuman, and Arvind Trivedi as Ravana.

The government decided to air the famous show in March after it clamped nationwide lockdown to curb the spread of novel coronavirus which confined the people across the country in their homes.

Reminiscing her time with the cast and crew of the legendary show, Dipika Chikhlia Topiwala shared a picture on social media which went viral in minutes.

The Epic pic of the entire team of Ramayan cast and crew ,sagar Saab with his son and below them are the direction team and camera team ...barring Ravan almost all Were there .....ramayan#memorries#camera#nostalgic#1980#shivsagar#premsagar#ramanandsagar. Only wen we look back do we know what all we have left behind ....so many of the cast no more ...RIP to them all ðŸ™ðŸ’

Ramayana hit the TV screens in 1987, telecasted every week on Sunday.