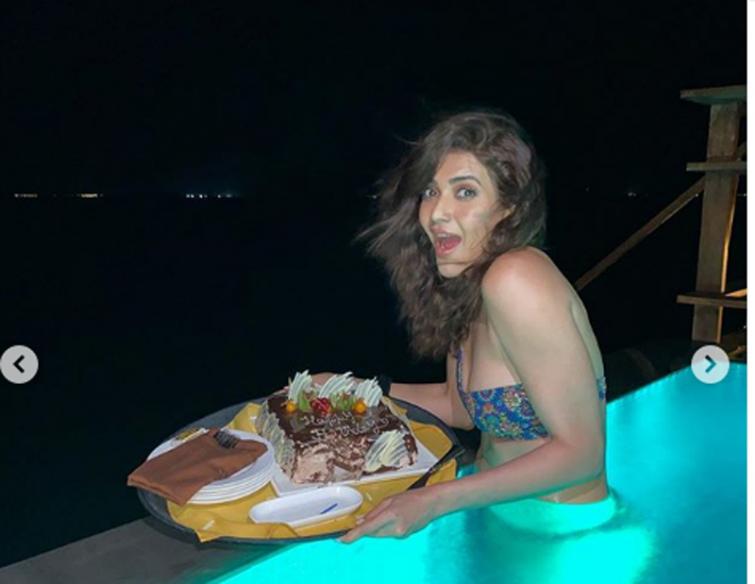 Karishma Tanna enjoying her birthday in Maldives, shares special images for her fans

Mumbai/IBNS: Actress Karishma Tanna celebrated her birthday on Saturday and she is surely cherishing the occasion with a trip to Maldives.

Karishma shared some gorgeous images of herself on the social media platforms for her fans where she could be seen enjoying a cake.

She added some glamour to the pics by donning a floral bikini.

In another set of image, she could be seen enjoying some beach time alone where she is seen sporting a monokini.

Karishma is an Indian film actress, television actress, model and anchor who predominantly works in Hindi films and shows.

She is well known for her roles in Kyunki Saas Bhi Kabhi Bahu Thi, Naagarjuna – Ek Yodha and Qayamat Ki Raat. She was a contestant and first runner-up in the reality show Bigg Boss in 2014.

After her Bollywood debut Grand Masti, she appeared in Tina & Lolo, as well as in Sanjay Dutt's biopic film Sanju, opposite Ranbir Kapoor.