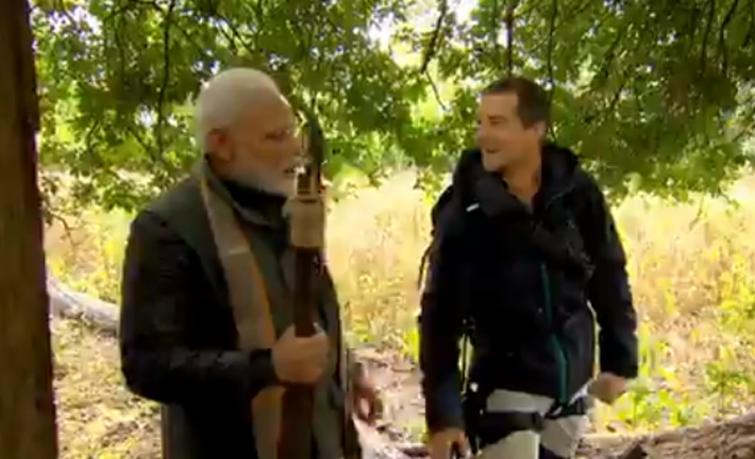 Mumbai, Aug 22 (UNI) The August 12 premiere of the popular franchise Man Vs Wild, featuring Prime Minister Narendra Modi with adventurer Bear Grylls, has registered the highest ever sampling in the infotainment genre, with 15.6 million tune-ins.

With 6.1 million tune-in on the Discovery channel, the show also delivered the highest ever slot reach for the infotainment genre.

The slot performance grew an astonishing 50 times giving an unprecedented 93 per cent channel share to the Discovery channel.

Owing to massive liking-3.05 million impressions-of the show, the Channel emerged as the third-ranked channel, trailing Star Plus and Zee, the statement pointed out.

The cumulative reach for the show across Discovery network, originals & repeat included, apart from DD National, was an imposing 42.7 million.

Commenting on the record ratings of the show, Discovery South Asia MD Megha Tata said, "We are the undisputed leaders in infotainment genre; our aim is to extend the leadership further with path breaking programming. We will go Bigger, Bolder and Better!"