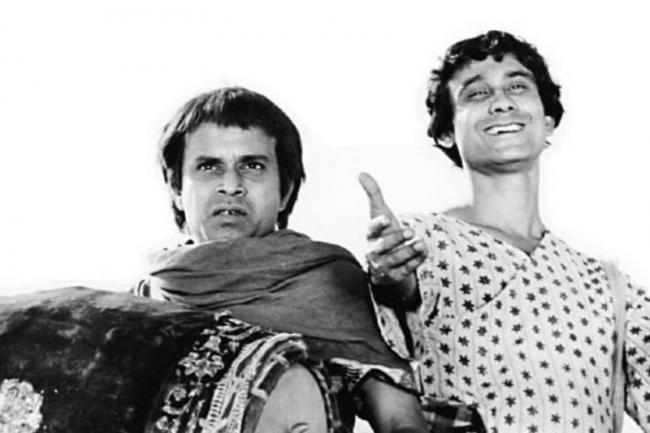 Kolkata, June 8 (IBNS) Goopy Gyne Bagha Byne or Googa-Baba, Indian film history's most endearing and magical characters created by the legendary Satyajit Ray, is all set to make a comeback.

Purnima Pictures is all set to recreate the magic of Googa-Baba almost half a century since its last production.

The production house, with 3 President’s Gold medals in its kitty, has presented some of the most iconic movies in the history of Indian cinema, Goopy Gyne Bagha Byne and Aranyer Din Ratri, directed by master Satyajit Ray himself, and Chutti by Arundhati Debi, apart from Pratidwandi by Ray and Tapan Sinha directed Hatey Bajaare which also won President's Gold Medal.

The magic of Googa-Baba comes to thrill audiences in the Golden Jubilee year of the release of the original classic Goopy Gyne Bagha Byne, in 2019.

The sensational return on the silver screen of the magic of Goopy Bagha , two of the most loved and endearing characters created by Ray, is set to create a major storm in the film fraternity. The film, which is in the early stages, is being helmed by one of the most creative directors of present-day Bengali cinema, Anindya Chatterjee.

Carrying forward the rich heritage and legacy of Purnima Pictures this film shall also mark the entry of the 3rd generation entrepreneur from the Priya Entertainments stable, Agnivesh Dutta, who shall also form an important member of the production team along with his father Arijit Dutta and grandmother Purnima Dutta.