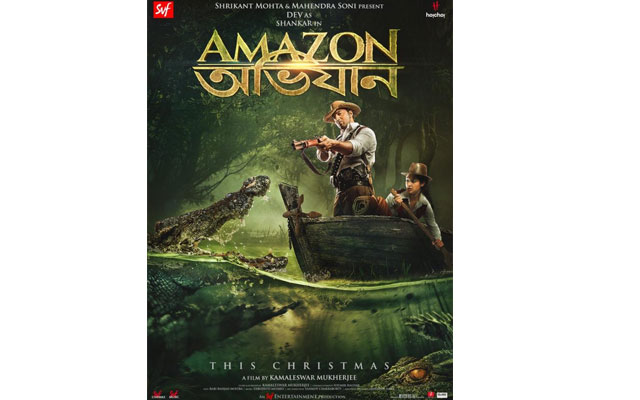 Kolkata, Dec 28 (IBNS): Amazon Obhijaan, SVF’s mega production, is surging ahead to shatter all box-office records set by any Bengali film within a week of its release.

The most expensive Bengali film ever - made at a cost of Rs. 25 crores by SVF, has emerged as the top grosser amongst all Bengali films released in last 5 years, in terms of first week’s box-office numbers.

Amazon Obhijaan, which was released on Dec 22, has also overtaken its prequel Chander Pahar.

Amazon Obhijaan has been loved by young and old alike and has been running to packed houses across multiplexes and single-screen theatres in West Bengal.

In fact, it achieved the rare milestone of box office collections worth Rs. 1 crore on a single day on Christmas.

“We are overwhelmed with the audience support and absolutely delighted with the box-office numbers of Amazon Obhijaan so far. It’s heartening to see a Bengali film running houseful on weekdays. The success is sweeter especially since it was released simultaneously with Bollywood’s blockbuster Tiger Zinda Hai. We expect this frenzy to continue during the New Year weekend,” said Mahendra Soni, Co-Founder & Director, SVF.