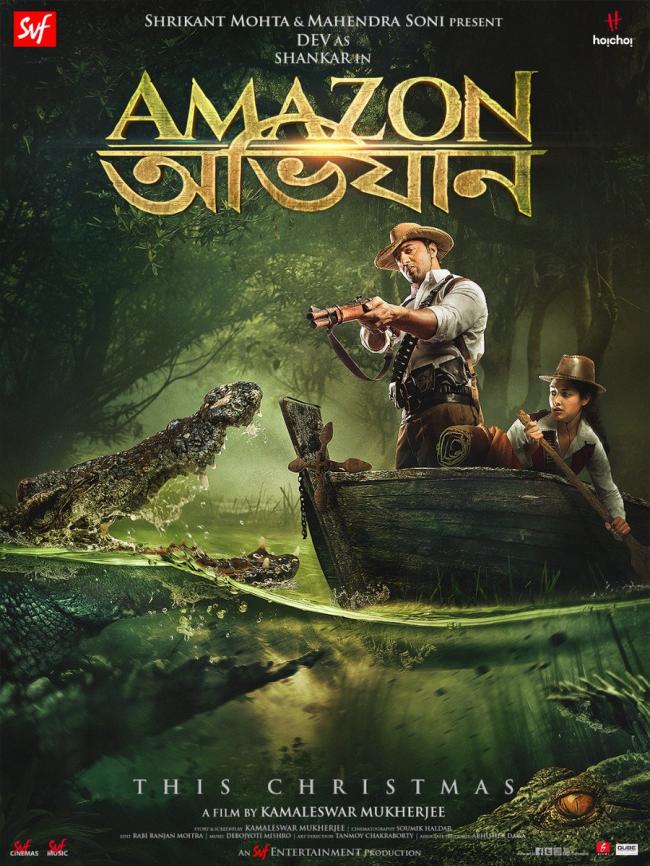 Kolkata, Dec 22 (IBNS): SVF, Eastern India’s movie production house, on Friday announced the launch of ‘Amazon in your City’ campaign as part of its strategy to reach out to the Bengali population nationally for its upcoming mega-budget film Amazon Obhijaan.

As part of the campaign, Amazon Obhijaan - the most expensive Bengali film ever, will be screened across 30 Indian cities over a period of three days beginning Dec 23 to Dec 25, 2017.

Amazon Obhijaan is being released across 150+ theatres nationally, making it the first Bengali movie to be released at such a scale.

Apart from the six key metro cities, Amazon Obhijaan will also be screened in tier-2 and tier-3 cities.

From Bokaro and Dhanbad in the east to Faridabad and Dehradun in the north; from Surat and Jamnagar in the west to Vishakhapatnam in the south, the ‘Amazon in your City’ campaign will cover the cities with considerable Bengali population in different states across India.

The tickets can be booked through the popular website bookmyshow.com. SVF will also promote the special shows for three days across the nation through its social media platforms which has a combined reach of a whopping 10 million.

Mahendra Soni, Co-Founder & Director, SVF said, “Amazon in your City is part of our endeavor to ensure that each of the Bengali citizens of our country get an opportunity to watch the biggest Bengali movie ever, simultaneously with the people residing in West Bengal. We are confident that they will enjoy the movie this Christmas weekend.”