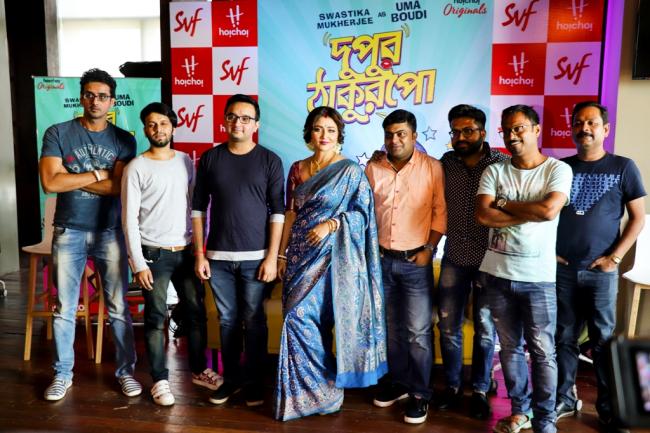 
Kolkata, Nov 7 (IBNS): The first part of Season 1 of Dupur Thakurpo has received a fabulous response from the very first day of its release. After winning the hearts of everyone with the quirky and first of its kind story line in Bengali entertainment, the adult comedy returns to hoichoi on Nov 9 with the second part of season 1 promising to be even more exciting.

In the second part, the ravishing Uma Boudi wonderfully portrayed by Swastika Mukherjee is set to increase the fantasy levels and will be seen in an avatar which will set temperatures soaring.


The debutant Music Director Amlan Chakraborty has done it again with the second song “Lagelu”.


Within just two days of the song release it has proved to be a hit with 1 lakh views already garnered.