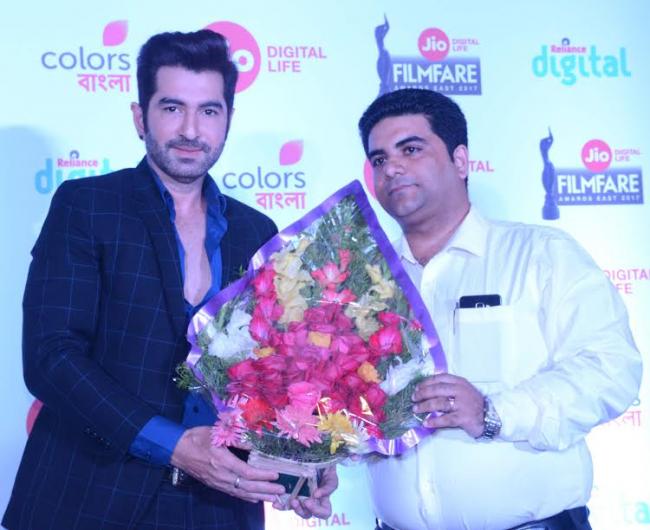 The announcement for the upcoming and most awaited awards ceremony of the year was made at an event held at Reliance Digital store, Howrah on Feb 12.

The launch event was graced by Jeet, renowned actor and superstar of Bengali cinema.

The coveted awards show is back to acknowledge and celebrate cinematic excellence in Bengali cinema. Riding high on expectations after another successful year for films in the region, artists are vying for the iconic black lady. The event, which began with a lamp lighting ceremony, saw Jeet announcing the date of the awards night, slated to take place on Feb 25 at Science City in Kolkata.

Bengali cinema has contributed greatly towards the Indian film industry with exemplary performances by the artists, year after year. Legends like Bimal Roy, Satyajit Ray, Mrinal Sen, Ritwik Ghatak and talents like Kishore Kumar, R D Burman, Manna Dey, Sharmila Tagore, Konkona Sen Sharma, Shreya Ghoshal, Pritam and Shaan all hail from the East and their contributions have made our nation proud time & again. With more young artists joining the platform confidently under the supervision of film maestros, the eastern movie industry is witnessing a revolution in experimental and creative content.

Commenting on the occasion JIO spokesperson said, “We are thrilled to present the JIO Filmfare Awards East 2017. Presented by Jio and powered by LYF, the Filmfare Awards East 2017 will help showcase the artistic and cinematic excellence from eastern India in a variety of digital ways. Jio is bringing transformational changes in the Indian digital services space to enable a Digital Life for 1.2 billion Indians and this association is consistent with Jio’s mission to celebrate the diversity and richness of Indian cinema.“

It’s great that cinema from the east is being honored by Filmfare, I feel immense pride being here today, to announce the 2nd edition of JIO Filmfare Awards East", said Jeet

Filmfare believes in appreciating good cinema across India. East of India has always been a treasure trove of talent, providing some of the most legendary movies to Indian Cinema over the years. It gives us great pleasure to announce the 2nd edition of Jio Filmfare Awards East 2017 here in Kolkata, a city with much cultural glory and art in itself. We hope to put together a show that’s entertaining and one of a kind, said Jitesh Pillai, Editor, Filmfare.