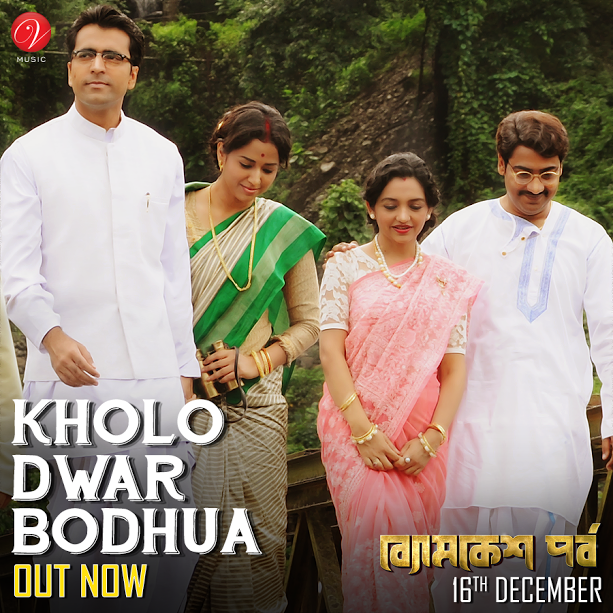 The song has been composed by Bickram Ghosh and lyrics penned down by Sugata Guha.

Based on Sharadindu Bandhopadhyay’s classic series, the quintessential cerebral Bengali sleuth Byomkesh Bakshi (played by Abir Chatterjee) will be revealing his daring side as he pulls off some daredevil stunts in the Dec release  ‘ Byomkesh Pawrbo’, directed by Arindam Sil.