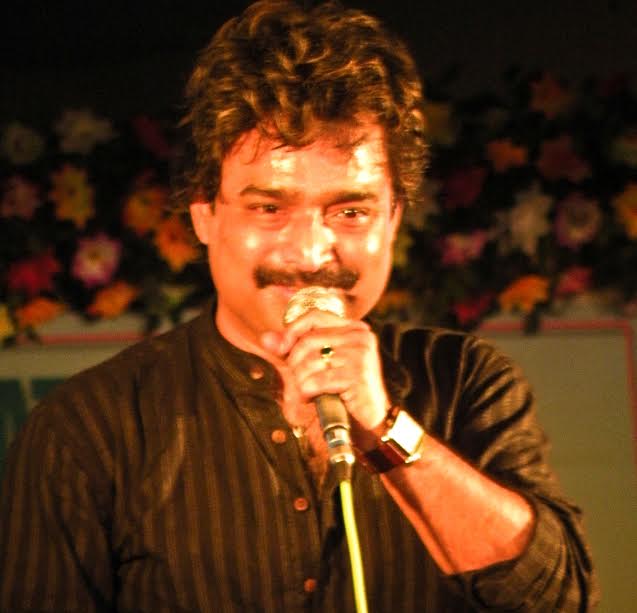 Bengali rebel singer Nachiketa debuts in film as himself

India Blooms News Service | | 20 Nov 2016, 09:16 am
#Nachiketa, #Nachiketa debuts, #Nachiketa film
Kolkata, Nov 20 (IBNS) Popular rebel singer-song writer Nachiketa Chakraborty, generally associated with the trend of â€˜Jibonmukhi Bangla Gaanâ€™ (songs inspired by life) in the 90s will turn up for the first time in a Bengali film, cryptically titled â€˜Onek Holo Ebar Moroâ€™ (loosely translated as â€˜Now itâ€™s time for death, for good riddanceâ€™) where he will be himself.

“Here I do turn up as Nachiketa in a fun song picturised on me. The lyrics pack a punch and I have been asked to be as I am in real life before the camera,” the blockbuster of the 90s ‘Ei Besh Bhalo Achhi’ album singer tells IBNS on location of the film’s shoot where he shares screen space with versatile actors like Paran Bandyopadhyay and young Moubani Sorcar in a burning ghat sequence.

“You people have to tolerate me, have to bear with my swagger. I am less of an actor and more of a singer and this role would not have materialised had the director did not prevail on me,” Nachiketa says adding co-directors Sumit Das and Indraneel Dasgupta had convinced him to feature in the film and croon the satirical song ‘Baaper Biye (Father’s Marriage).

To a question Nachiketa says, he will never go behind the camera as well in future not even directing a music video.

“I am not ready to slog for a laborious work like direction. I will leave it for those who like doing it in  the best way. Here I loved the lyrics but I am mouthing someone else’s lines.

“The composition, the music  - I did not have any role in any of this and so if you don’t like the song and picturisation, I am not to be blamed. If you like it, I will take the credit,” he says in jest.

Director Indraneel says “Nachiketa happens to be the biggest surprise in the movie.”

“Onek Holo Ebar Moro’, to be initially made in Bengali and Hindi, is a total satire on death in the ‘gharana’ of Priyadarshan-directed films in Bollywood.

It is a slapstick  film where the issue of sale of land also comes up. "The land shark wants to sell the burning ghat land but none wants to buy the same. But that is the sub-plot. Basically it is a comedy but not a dark one,” Indraneel says.

“We have sought to recapture the bygone era of 90s and 80s and Nachiketa fits the bill being the craze of the 90s era but his appeal lies undiminished even till thjs date,” he says.

But unlike the title, Onek Holo Ebar Moro, produced by Tee Leaves and Vista Productions of Assam, has no scenes of death.