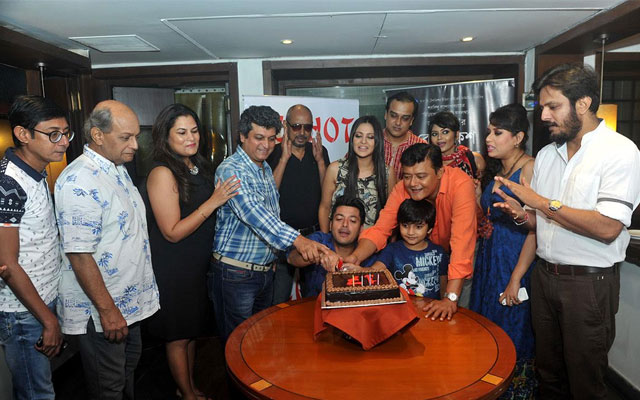 I feel Bengali audience is rather old-fashioned now: Anjan Dutt

Is there any similarity between 'Chiriakhana' made in 1967 and your 'Byomkesh O Chiriakhana'?


My film is completely different. There have been many films made on this subject previously, both nationally and internationally. I made lots of changes in this film keeping the basic story line intact.


How does 'Byomkesh' inspire you?


I think I have always done that. I made the film 'Bong Connection' [released in 2006] and soon after that people started shooting in foreign locations. I feel happy about introducing new actors in the film industry and contribute in my own way. I introduced the musical band culture in films, much before 'Rock On' [Hindi film released on 2008] did.


How much do you think Bengali audience is able to accept the experimentation?


When I made 'Bong Connection', many said that it won't be popular. However, it was well accepted by the viewers and HMV not only recovered the entire money invested in the film but also made a huge profit. The film was even aired by an English channel on television. But recently there has been a change in the mindset of the Bengali audience. People are old-fashioned in their ideas and Bengali cinema prefers to cling to old styles. The kind of films that are expected in 2016 are not coming up. I don't know why contemporary films will have to still include a song. A good section of the Bengali audience, the serious people, are not watching Bengali films; may be because they have migrated to other cities for employment. The remaining still wants to linger on iconic actors. They are still stuck in convention. We see divorce, extramarital affairs are uncommon in films, things which should have been as common as like drinking a glass of water.


Do you think it is because of the old fashioned mindset, directors are unwilling to take risks?


Yes, directors suffer from a sense of fear. But that needs to be overcome. Suman [singer Kabir Suman] and I took the risk of breaking away from the normal, say having a smoke and playing guitars out in the open and that is why we became successful. But unfortunately that culture has disappeared. Now films are much more about romantic tales. We need dynamic people in the industry, be it a musical or a film or the theater, to make a point. In a film, if a wife is shown to have an extramarital affair, the husband has to be projected with negative traits, which was uncommon even in Tagore's plays. This definition is a bourgeois definition. The democratic, impartial view of the society is wrong and somewhere people are accepting it.


Do you think it is easier to bring up these issues within the covers of a book but difficult to portray on films?


No, we have seen this in the film 'Streer Patra' [1973]. In this film, there is no justification. It raises the issue whether a woman has a right to return home late or not. It is a progressive way of looking at society. We do not see such impartial issues being depicted in a film these days yet somewhere the audience is accepting it. Neither the audience nor the directors are thinking about all these issues.


Do you think it is because of commercial reasons, directors are adding songs, partly to add glamour to the film?


We are unable to create an impact with the content of the film. So they are bringing songs to promote the film. We find very few songs that become popular nowadays. The song 'Ranjana Ami Ar Asbona' was a big hit but after that we didn't get any such song. People are using songs even in thrillers in a montage style. The content of the films basically are not strong enough so people are using songs to create that gripping effect.


So did you use the title 'Ranjana Ami Ar Ashbona' in one of your films because it was a big hit?


There were two reasons. Ranjana was the name of the character who changed the life of Abani in the film and he was also a songwriter and shown to play some of my songs in the film. I could have kept the title with other songs(ami bristy dekhechi or tumi ashbe bole) but didn't find it very interesting like the song 'Ranjana Ami Ar Ashbona' and moreover it was a catchy line.


Why did you choose a Shakespearean story in your film 'Hemanta' (based on 'Hamlet')? Is it because you wanted to bring the issues that Shakespeare dealt with n his plays?


I am coming from the theater. I wanted to do classics. There were a few films being made in Bengali based on Shakespearean plays. Personally I didn't like 'Haider' of Vishal [director Vishal Bhardwaj] so I felt there was a need to work on this subject in a Bengali film. Any filmmaker would like to work on classics sometime or the other.


How much satisfaction did you derive after making this film?


I liked a lot. It is one of my favourites. Those who have read the story would understand the changes that I have introduced. Many people didn't watch it because the film was an interpretation of the original text. I wanted to change it in sync with contemporary times. People are not interested to see the interpretation.


Do you think people want to see 'Hamlet' as it was made by Shakespeare and that is why they are  not interested in interpretations?


'Hamlet' was an English play. Then there would be no Bengali adaptation. Then we will have to keep the similar monarchy set up in the film and all details exactly similar to the text. It is not possible.


You are an actor, singer and director. How do you feel about it?


I started acting in  the1980s. As an actor, I was not successful. I gave up acting in 2000 because I felt I was not doing well though received some awards. Now, at this age, I act in some of my own films, when I feel no one else can play those characters. There are certain directors who ask me to act.


You have a carefree attitude and the rest of the world doesn't matter to you. Does it help you to experiment as a director and take an extra bit of risk?


No, it has got nothing to do with my director self. It is my life, my nature. I say what I feel. I do not belong to the so-called industry though I work here. I am working in my own way.