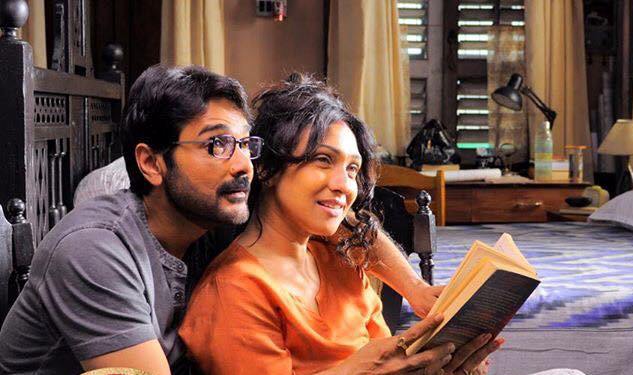 Rituparna now willing to do more films with Prosenjit

India Blooms News Service | | 05 Jun 2016, 05:35 pm
#Rituparna Sengupta, #Prosenjit Chatterjee, #Praktan, #Tollywood
Kolkata, June 5 (IBNS) Tollywood queen Rituparna Sengupta, now relishing the success of the recently released Praktan, says she is looking forward to another film with Prosenjit Chatterjee, with whom she has teamed up after over a decade, in the biggest hit in Bengali cinema in recent years.

"I will definitely consider (to work with Bumbada) if there is a suitable subject backed by a director who can do justice to our characters," Rituparna, who had previously acted in Belaseshe, another Bengali blockbuster by the same director duo Shiboprosad Mukhopadhyay-Nandita Roy, tells IBNS.

"But there is no scope of Praktan 2 happening after this. That will be a repetition, It has to be another subject," Rituparna says when told Prosenjit feels if the directors think along the lines he is game with a sequel.

Narrating how the film, having been released in 25 Indian cities simultaneously, got houseful audiences even at 9:30 pm shows in Bengaluru,, Rituparna says: "One of my friends there called me up to inform that Praktan was running in packed houses at the plex."

"My elderly uncle and aunt waited for hour in line at Nandan to get ticket of the film. They called me up afterwards and said they wanted to watch the film braving long queues and humidity since the film is so special and I worked so hard," Rituparna says.

The 'Dahan' actor, who acknowledges she and Prosenjit have their own loyal audiences, says in Praktan it is a mixed bag  - "My own fans", "His loyal fans", "Bengali film industry's fan" - all meeting up somewhere.

"In fact the equations between me, Shiboprasad-Nanditadi and Soumitra Chatterjee in Belaseshe shows up again in Praktan but another notable addition is Prosenjit Chatterjee who now becomes a senior member of the household," she says

Other 'Praktan' actors Manali Dey, Aparjita Auddy, producer Atanu Ray Choudhury were present at the Senco Gold & Diamonds event where 'Bhalobasa Collection' (mementos of love) jewellery, flaunted by the female characters of the film, were unveiled for the public.