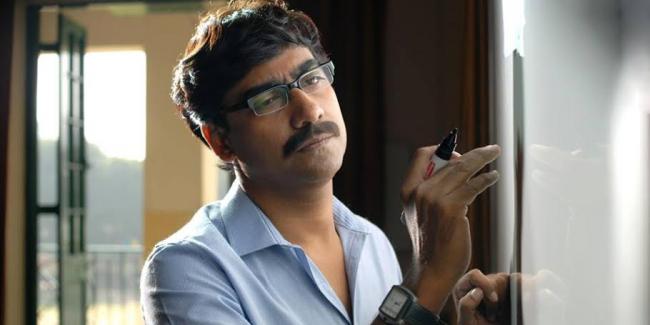 India Blooms News Service | | 11 Mar 2016, 11:41 am
#Kaushik Sen, # Baje Chobi
Kolkata, Mar 11 (IBNS) Prominent actor-theatre personality Kaushik Sen says to cater to the appetite of educated, middle class Bengalis there should be small theatres with good ambience in every district town of Bengal and calls upon the government to address the issue.

Talking to IBNS at the promotional event of 'Baje Chobi', the socially conscious actor-playwright-film personality recalls how the urban-minded audience in 'mofussil' areas flock to see group theatre shows in Kolkata - from Swapnosandhani to other groups - and how he has seen houseful halls several times. "This proves outside the metro there is an audience who will lap up good, rich content in places like Chandernagore, Kalyani, Baharampore, Balurghat, Midnapore - everywhere. This audience also craves for certain kind of Bengali films but can't see them in their areas due to distribution bottleneck. If small, but quality auditoriums come up in those areas, certain small budget, different genre Bengali films can meet more success," the Iti Mrinalini actor says. "I mean we need a different distribution chain for films like Baje Chobi and many others by young directors who have shown courage to take up unconventional subjects. If small budget films click in Mumbai, why can't it happen here!," Kaushik says.   Asked if he was advocating the state government to do something to set up such small auditioriums, Kaushik Sen says: "Yes." "I mean if 'Baje Chobi' releases along with say a film like Zulfiqar then you have to think about distribution network where a film like Baje Chhobi can have also its own takers. That is my point," Kaushik, who is turning up in both films,  says in a matter-of-fact manner. Asked about the reason behind so many personalities from stage now coming to Bengali films, a trend more obvious in recent times, Kaushik says, "At this moment lots of people from theatre background are coming to films and serials. This is due to fact that theatre background might be giving them confidence to face the camera." "And in a way film, painting, theatre, all the art forms are inter-related. They talk about human sensibilities," he points out. Baje Chobi, a film by Anirban Paria, stars Soumitra Chatterjee, Kaushik Sen, Priyanka Sarkar, Debdut Ghosh,Shantilal Mukherjee, Swagata Basu, Anindita Sarkar and others. Baje Chobi also centres round a painter's frustration about his art work whose understated uniqueness is not appreciated in the conventional sense and labelled as 'baje chobi' (bad piece of art). "It is a metaphor," Kaushik says.