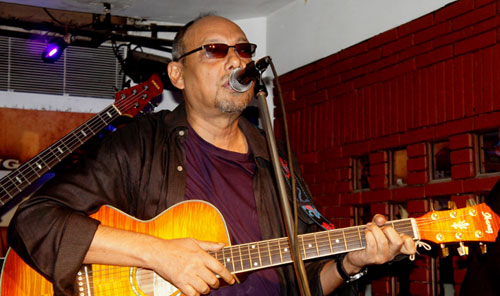 South Indian remake will not last for long: Anjan Dutta

"South Indian remake will not last for long. Content-based cinema rules in any country. The south Indian films are okay in their own land reflecting their own culture. When we transplant the same here tailoring the settings and situations with invented stories that can't be infintely accepted by our viewers," Dutta says.

Cautioning the audience can't be ignored in terms of basic content, the Dutta vs Dutta maker says he has two other scripts ready - on Saptapadi, the eponymous Tarashankar Bandyopadhyay work filmed in 60s, and The Outside by Albert Camus.

"The Outsider is going to be a thriller and it will be in Bengali where all the present day actors will be cast," Anjan says.

Turning to Byomkesh Bakshi, which debuted Jisshu Sengupta as the razor-sharp sleuth,  Anjan says, "The restlessness of the detective and his group, sense of humour all have been nicely etched out by the characters. Here Byomkesh is more human throughout."

"In fact more than Abir-Saswata (Ahit) in previous Bomkesh works, the bonhomie between the new Byomkesh and  Saswata is far greater as Jisshu and Saswata knew each other since childhood. Also being intelligent actor they were improvising on sets  and our job is done,"

Hashtagwalee, one of the happaning places of the city, hosted the Byomkesh Baksi success party.

"This goes with our motto to promote content-rich Bengali cinema. to our patrons," a spokesman from the new eatery zone in town says.

Anjan mentioned Premendra Mitra, Tarashankar Bandyopadhyay, Bibhutibhusan, Subodh Ghosh and Saradindu as the one having influenced Bengali film with their creations.

Jisshu Sengupta and wife Nilanjana were present at the party besides a host of dignitaries.