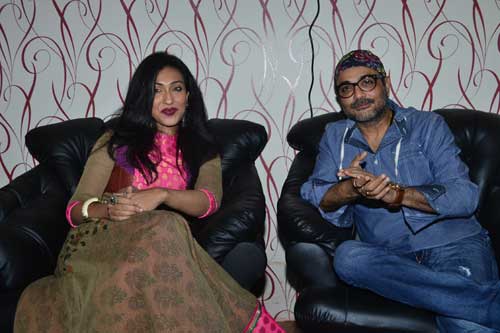 Orange Corp plans to invest over 100 crores in Tollywood- Bollywood

India Blooms News Service | | 27 Oct 2015, 02:38 pm
#Tollywood, # Bollywood
New Delhi, Oct 26 (IBNS) Orange Corp, a multinational engaged in business and financial advisory services, is planning a large investment that would provide a platform for talented and aspiring directors like Partha Ganguly, who has directed a Bengali feature before and has also worked as a cinematographer in the Hindi film â€˜Dahekâ€™, is venturing into Hindi films as a director.

Same goes for cinematographer Sonali Sarkar. New York born, Sonali learnt cinematography from FTII after coming back to India. She is incidentally the only woman cinematographer from the entire eastern India. This is her first venture into Hindi films as a cinematographer, although she has been a part of the industry and she has undertaken different assignments before. According to Debasish Dutta, Orange Corp’s diversification in the film and entertainment segment is a move well thought out and planned with unprecedented details, backed by years of research and experience.  With a mix of corporate professionalism brought into the execution, the company looks set to play a crucial role in reviving the ‘parallel films’ genre in the industry. More than 100 crores rupees will be invested in the next few years, with a projection of releasing two films per year. Being content-driven, the films are well placed to draw audience from all levels of society and they promise to do well in the global market as well. Expecting a very fertile ground in this field, Orange Corp has already produced a short film titled ‘Fruit Of Thy Labour’ which was screened at Cannes this year. Directed by MouMo, the film is a gesture from Orange Corp to promote talent and produce quality work. MouMo has also been signed to play several other pivotal roles in the film production segment of the company. Apart from directing her own feature films in near future she is also working as the Creative Head of the team on behalf of the production house, Having meticulously set the team, Orange Corp is cautiously stepping into feature film production in Hindi and English, strictly maintaining its original motto of making good quality films that also endow the makers with gigantic business possibilities. The entire diversification of the company is an interesting development especially considering the fact that Orange Corp and its subsidiaries are from a different field of specialization: technological and industrial automation, end to end consultancy in the financial sector with facilities in Germany, Malaysia and India. For the last several years, technical business consultation and financial management have played a crucial role in the development of the company’s vision and plan of action, especially contributing to its potential for growth in India and abroad.   Orange Corp has roped in Bengali film director Partha Ganguly for directing a Hindi feature film which will go on floors in winter this year. The story of the film is based on a Bengali novel titled ‘KOACHI’ which has been in circulation for several years. The name of the film is yet to be finalised. Having multiple star cast from Bollywood, the film brings good news to the Bengali film fraternity as well becauseOrange Corp is looking forward to creating an amalgamation of the cast by combining national stars along with talented Bengali actors, with multiple shoots taking place in different parts of India.