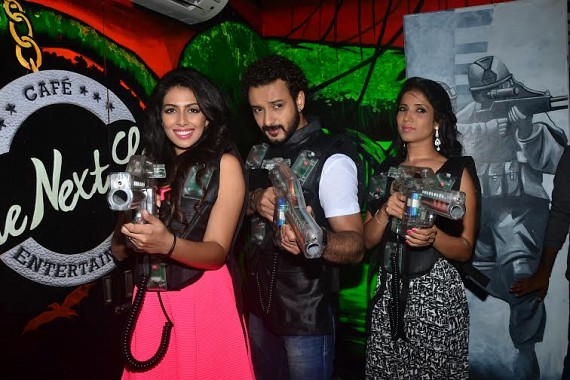 Kolkata fashion designers are the best in country: Sonika

"Being from Kolkata, I find our people the best from creative point of view. My three most favourite designers from India are Sabyasachi Mukherjee, Anamika Khanna and Abhisek Dutta," Sonika told IBNS after a glittering fashion show highlighting the rich ethnicity in both men's and women's apparels in the country.

Sonika felt Kolkata is too stuck up with Bengali robes despite having a sizeable population of .Marwari and other communities.

"Happy to see how there is a little bit touch of Rajasthan and Punjab in the garments, emerging out of typical saree show," Sonika said about the  "Ethnic collection for men and women" at Taj Bengal by Black Designer Studio.

"We need variations in both festival and wedding wear to add style and glamour to our wardrobe," she said.

Going to Mumbai immediately after the pujas, Sonika, however, stressed she had no ambition to set up base in the city which houses Bollywood film industry.

Nick Rampal and Sonica were the two show-stoppers at the fashion show which had separate segments on varying costumes of India presenting a unique fusion and riot of colors.