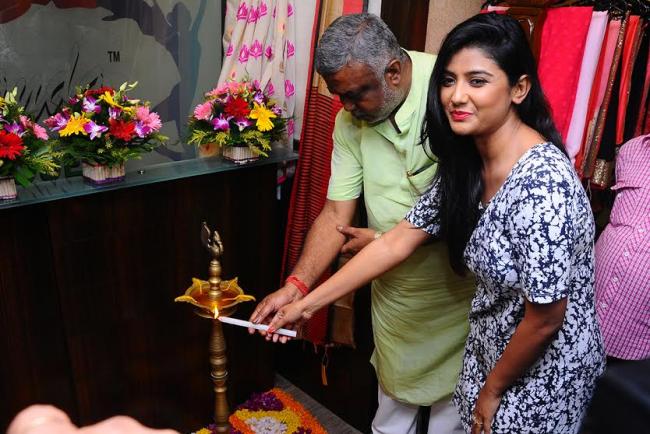 Rajkahini is a woman-centric film because of the subject : Parno Mitra

India Blooms News Service | | 10 Oct 2015, 12:31 am
#Rajkahini , # Parno Mitra , # Kolkata, # Upananda
Kolkata, Oct 9 (IBNS) With the release of Bengali film Rajkahini round the corner, one of its actors Parno Mitra feels the film on partition also talks about the issue of women's suffering and resilience.


"Rajkahini is such a film which will invite animated discussion even after 100 years.

"It's an epochal film," the 'Ranjana Ami Aar Asbona' actor told IBNS on the sidelines of the launch of an ethnic women's wear apparel boutique spearheaded by five women entrepreneurs.

"For 1000 years we the women had fought for our rights. Rajkahini while themed on partition and its consequences on common people, also metaphorically refers to that battle for women's rights through ages," she said.

About how emotionally cathartic her portrayal was, Parno said, "It was emotionally tiring after each day's shoot. It was mentally taxing. But again when I look back it seems the whole effort was satisfying."

Parno and another Rajkahini actor Ena Saha posed before the shutterbugs at the launch of Upananda boutique where the five ladies source their products stitched by school drop out girls, who are aiming a better life.

"My film is being released during the puja for the first time. And I am excited. If there is stress, I am enjoying the same," she signs off.