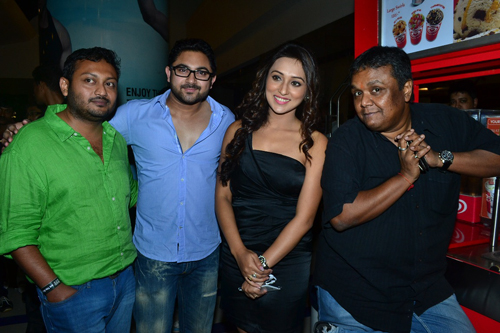 The premiere of Birsa Dasgupta’s new film ‘Golpo Holeo Sotyi’ was held at Inox in the South City Mall in Kolkata on Thursday. The film is a remake of the Tamil film ‘Pizza’.

The film has Soham Chakrabarty and Mimi Chakrabarty as the leading actors. When asked Soham about this ‘bhoot’ (ghost) obsession, he said “I was quite excited on doing my first bhoot film, it was a good experience.”

The film has been produced by Shree Venkatesh Films while the story is  by Karthik Subbaraj. The music director being Indraadip Das Gupta , the songs are soothing to the ears. 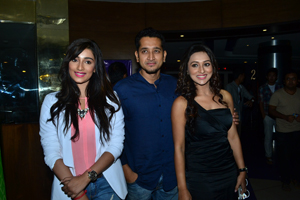 ‘Golpo Holeo Sotyyi’ tries to establish itself with a quite predictable story which may turn out to be a cup of horror to many thriller lovers.

This being Soham and Mimi’s third film together Soham commented, “Mimi is a wonderful actress to work with. I hope the audience would receive us well.”