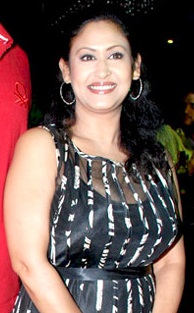 Indrani, who gushed how her portrayal as the first reel life woman sleuth in Bangla 'Goenda Ginni' has got high TRP ratings for successive weeks, told IBNS this was her comeback phase to films and serials in Bengal after six years and the response was overwhelming from the masses.

"I did not expect I would be embraced by my fans in the same way. Both serials and films are now working on different contents as seen in my recent film on female bonding in Aro Ekbar and the concept of promotion is also turning more creative with pre and post-release events. That augurs well for the industry," the 'Dahan actor said.

Indrani rates Feluda and Miss Marple as the most like-able sleuth  characters in Bengali and English literature.

Recalling her experience to work with seasoned actors Rupa Ganguly and Rituparna Sengupta in Aro Ekbar, Indrani said, "Even if we don't meet each other often, there is an unspoken bonding which we realised as we three shot together this time. Three actors belonging to the same level."

Dwelling on the media events centering round film releases, including the new trend of hosting film success parties, Indrani said, "This is inspiring as we need to inform people, hammer them about the product, about every development in the industry. Even including private life at times."

Indrani, however, felt that Aro Ekbar could have been made sleek with a little bit editing but lauded the honesty and fresh handling of the concept by the debutant feature director.

The film's story maker Smriti Lala said four feature films will be made in future by the production house handling contemporary social issues.