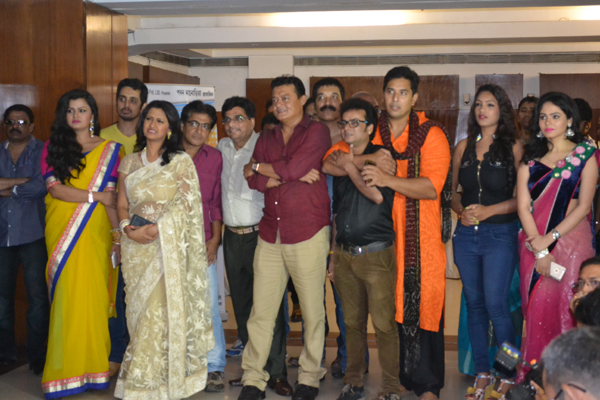 "I miss those days. Now of the fifty films released only three-four are successful moderately. We need fresh treatment in story telling and honesty," Rachana tells IBNS at a
promotional event on Boudi.Com, her upcoming film with Saswata Chatterjee in opposite role for the first tiime

"Compare the present situation with my string of hits with Prosenjit in those years which went on for  fifty to hundred days,"  says Rachana who also acted with Amitabh Bachchan in films like Sooryavansham before shifting her base to Bengali cinema from south Indian industry.

"Rather than inundating the audience in Midnapore with locales from Switzerland in song sequences, we need stories they can relate to like yesteryears, a different story telling treatment," Rachana says.

"From Ebar Shabor to Open Tee Bioscope and Belaseshe only films with a fresh content and approach are getting noticed, but in today's situtions very few are noticing that. We need the old flavour including harping back to comedy," she says about Boudi,Com.

Rachana, who would descriibe Saswata as the 'Mt Everest' in acting, says she will never cease to learn from Saswata even after doing 100 films, i.e adding two more zero after ''Boudi.Com'.

Rachana says: "It can never be predicted how Saswata will deliver the next shot. But that doesnot mean he surpasses his own boundary wall."

Saswata recalls how Rachana was the reigning star of big screen when he started in TV years back.

"When I started on TV Rachana was already an established heroine. She is a gifted actor with vast  experiences and you give your best with like minded people around," he says.

"We are in a vicious cycle of too seriousness. We need to come out of this rut and enjoy two hours of unadulterated laughter," he says.