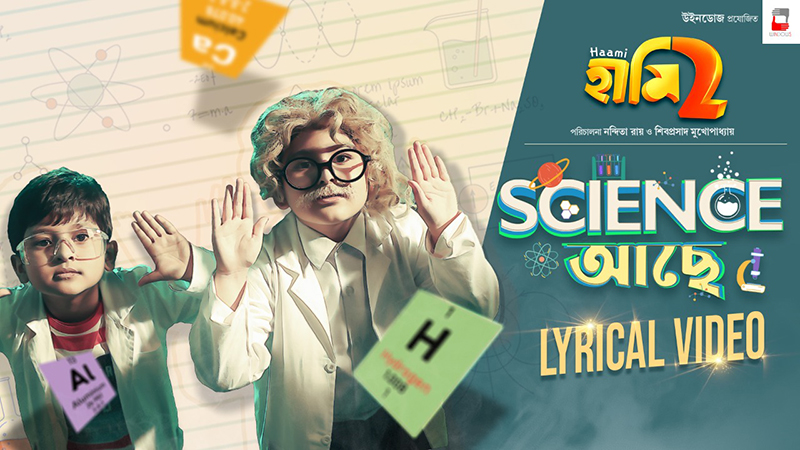 Kolkata/IBNS: A new song from upcoming Bengali film Haami 2, Science Achhe, was unveiled by the makers Windows Production on Saturday.

In a 2:30-minute lyrical video, children talk about Science and its importance on the planet Earth.

Science is all around us… It solves the greatest mysteries on earth!
Presenting Science Achhe…
Song out now: https://t.co/88h0NsrIyb
Haami 2 releasing this Christmas!

The story revolves around a seven to eight-year-old boy, who is a prodigal child; who can perform difficult mathematical problems, understand tough social and economic issues and can pop answers within seconds of asking a question.

The film is slated for Christmas release.