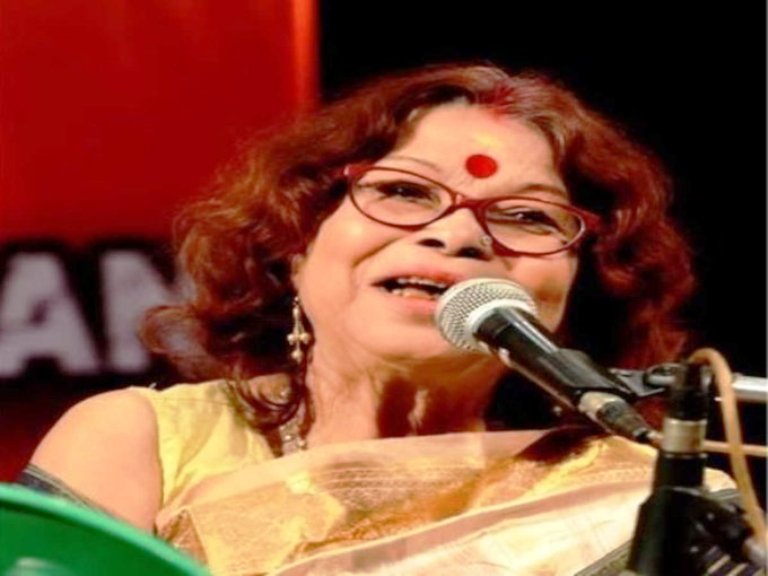 Kolkata/IBNS: Veteran Bengali singer Nirmala Mishra breathed her last at her residence in south Kolkata's Chetla area in the early hours of Sunday. She was 81.

According to reports, Mishra, who was battling age-related ailments for some time, suffered a massive heart attack on Sunday. She passed away at 12.05 AM.

"I express profound grief at the passing away of veteran singer Nirmala Misra, She breathed her last on Saturday night. She was 81," Banerjee said in her statement.

"The magic of her voice and singing continued to spellbound listeners through decades. I shared a deep relationship with her and her passing away creates an irreplaceable loss in the music world," the CM stated.

Mishra predominantly blended her voice to Odia and Bengali modern and film songs.

Most of her renderings from the 1960s and 1970s are revered by music aficionados.

She was one of the most respected and admired playback singers in both Odia and Bengali films.

She was a recipient of the Sangeet Sudhakar Balakrushna Das Award as an honour for her lifetime contribution to Odia music.

Mishra also sang Nazrul Geeti, Rabindra Sangeet, Shyama Sangeet, Patriotic songs, Folk Songs and many others. She has delievered a number of hits with artists like Manna Dey, Pratima Bandhophadhay, Manabendra Mukhophadhay, Sandhya Mukhophadhay, Shipra Basu and with many other singers.