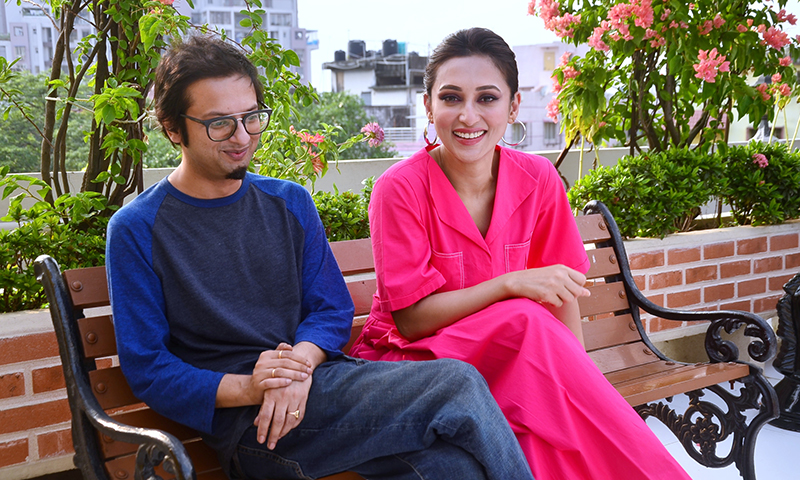 Only Mimi Chakraborty could have played Titli's character in Mini: Mainak Bhaumik

Though filmmaker Mainak Bhaumik had written a few lines for Mimi Chakraborty on the set of late Rituparno Ghosh's Gaaner Opare more than a decade ago, he gelled with the actress-MP only since the lockdown days. Working for the first time with Chakraborty in Mini, Bhaumik explores the friendship between a modern age aunt and her niece. In an exclusive interview with India Blooms correspondent Souvik Ghosh at Lavannya Studio in Kolkata, Bhaumik shares how he wrote the script thinking only Chakraborty and more

How did you attempt to explore the aunt-niece relationship?

It is a story of an aunt, who is a young working woman, taking care of her niece. Now spending time with one's niece is one thing while taking her complete responsibility is a different ball game. Taking care of a kid is very complicated and has no manual. The balance is not that easy. But I think we connect to our nieces and nephews at a certain wavelength. This kind of friendship which is developed between two ages is rarely explored in cinemas. So that had triggered the idea.

Have you tried to put your personal experiences into this film?

Absolutely. Since the beginning, I have been making films from my own experiences. I always borrow stories from my personal experiences. So it's not that I am coming up with a story for the sake of it. 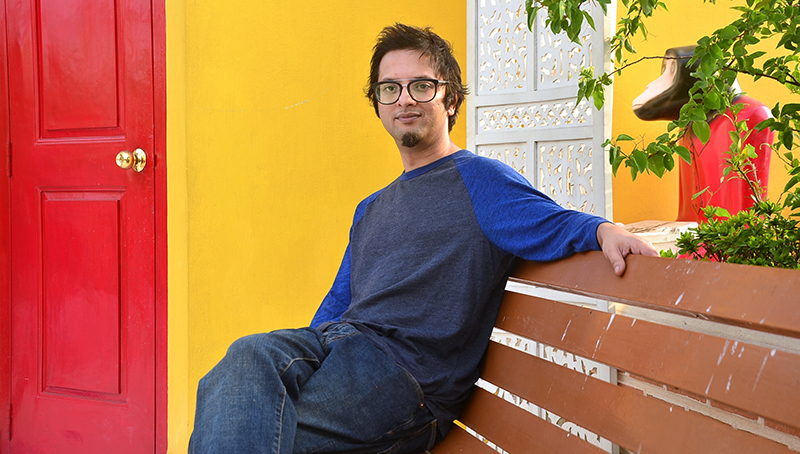 You have always touched upon the issues that the modern generation faces. Here in Mini's trailer we see Titli (played by Mimi Chakraborty) is having issues with her boyfriend due to Mini.

Titli's character is an independent, working woman in late 20s. Someone like her will have a boyfriend. If we follow the structure of Kolkata or West Bengal, we are not isolated, meaning we have a family, friends, neighbours and also irritating neighbours. So I think it was important to bring that in.

You have been following Mimi Chakraborty since Gaaner Opare days, right?

I was very close to Ritu-da (Rituparno Ghosh) who had asked me to write a few scenes for Mimi in Roman (Roman language) on the sets of Gaaner Opare as she was not comfortable in Bengali. I didn't even know her. In the last one-and-a-half years, I have come to know her and based Titli's character on her.

Why did you take so long to work with Mimi Chakraborty who is a leading actress for quite some time now? Were you working for the right script to offer?

Yes, absolutely. I don't believe in writing a story and casting arbitrarily. I can say only Mimi Chakraborty could have played Titli's character. I would not have completed writing the Mini script had Mimi Chakraborty not agreed to work with me. 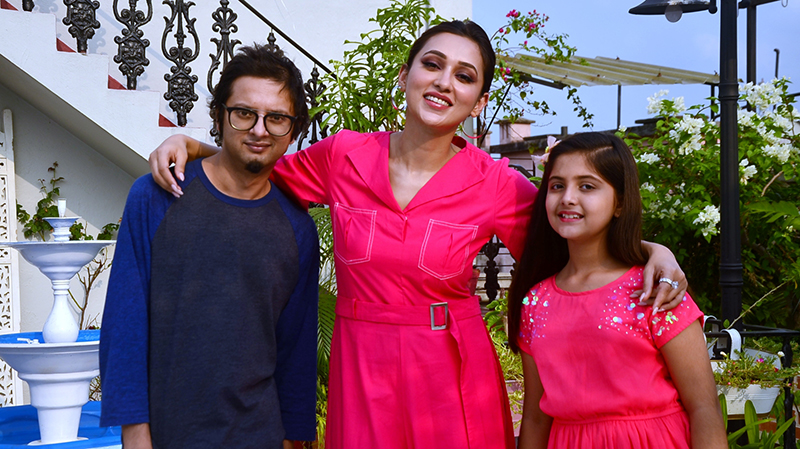 How was watching the relationship between Mimi and Ayanna growing onscreen and offscreen from a distance?

See I never think as a director on the sets. When I look at the monitor, I watch it as a ticket-paying audience, even though it is one scene. So it has to work for me as an audience. It is meaningless if I don't enjoy a scene as a viewer. I never watch things directorially.

I loved the chemistry between Mimi and Ayanna, who have gelled very easily. It was a very beautiful chemistry which I enjoyed as an audience. As a viewer, I have no clue because I don't know what it means.

You always wanted to make detective films. Is that quest still on?

Yes. I have tried earlier but didn't get much positive responses. But I am stubborn. If I don't get good reviews, I will try again. To me, films are very personal. I do films from my personal experience and also do the ones which I like watching. I am a thriller addict. So it is very normal for me to work on detective films.