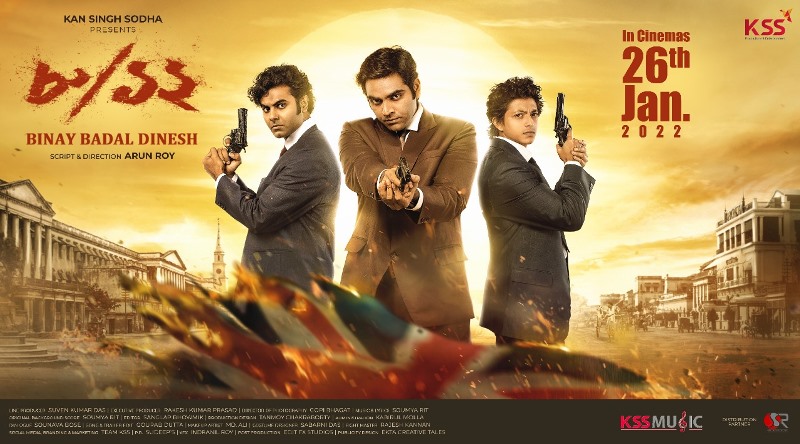 Kolkata/IBNS: '8/12 (Binay Badal Dinesh)', directed by filmmaker Arun Roy and produced by KSS Productions, is all set for Jan 26 release across West Bengal.

The film revolves around a historical incident, which occurred on Dec 8, 1930, when Binay Basu, Badal Gupta and Dinesh Gupta entered the Writers' Building, shot to death the Inspector General of Prisons, N.S. Simpson to avenge the torture meted out to the revolutionaries by the British regime.

Kinjal Nanda has played the role of Binay Basu, Badal Gupta has been played by Arna Mukherjee and Remoo acted as Dinesh Gupta. Saswata Chatterjee, Kharaj Mukherjee, Shankar Debnath, Devraj Mukherjee, Anushka Chakraborty and Gulshanara Khatun will also be seen in pivotal roles in the film.

Optimistic about the release, producer Kan Singh Sodha said, "8/12 ( Binay Badal Dinesh) is an extremely special film for us where we have paid our homage to the National heroes. After a lot of contemplation and discussions we have decided to release the film on 26th January, 2022 .

"We were initially in a dilemma about the release date, however, keeping in mind the present situation and with the support of my industry friends, we want to release it on Republic Day to pay our respect to Bengal's three bravehearts and also keep supporting our theatre community in every possible way"